How have you been fabulous people? I do hope life is being kind to you!

This weekend past was spent attempting to sew in 35 degree heat, followed by a huge storm that blew plenty of fresh air back into the house. I did actually get to finish a dress which I'll show you later.

A few months back I spent the afternoon with the fabulous Leesa from the Makers Society who kindly took some picture of me and my dresses to share on both our blogs.

I don't often have my photo taken in a non-party/ passport photo situation and in times where I control the countdown timer I'm more relaxed and slightly more natural in my photos. It was a little awkward having the photos taken by another person who I pretty much had just met in real life that day. Hanging out in a public park, with the sun blinding my eyes and receiving direction, but Lessa did an excellent job to suggest which way to look and hold my hand and what not, and we ended up with some lovely photos!

Seeing myself through someone else's eyes is really different and interesting at the same time. I feel like half the photos my mouth is wide open waiting to catch flies, but really, I was just smiling! haha funny how that happens. 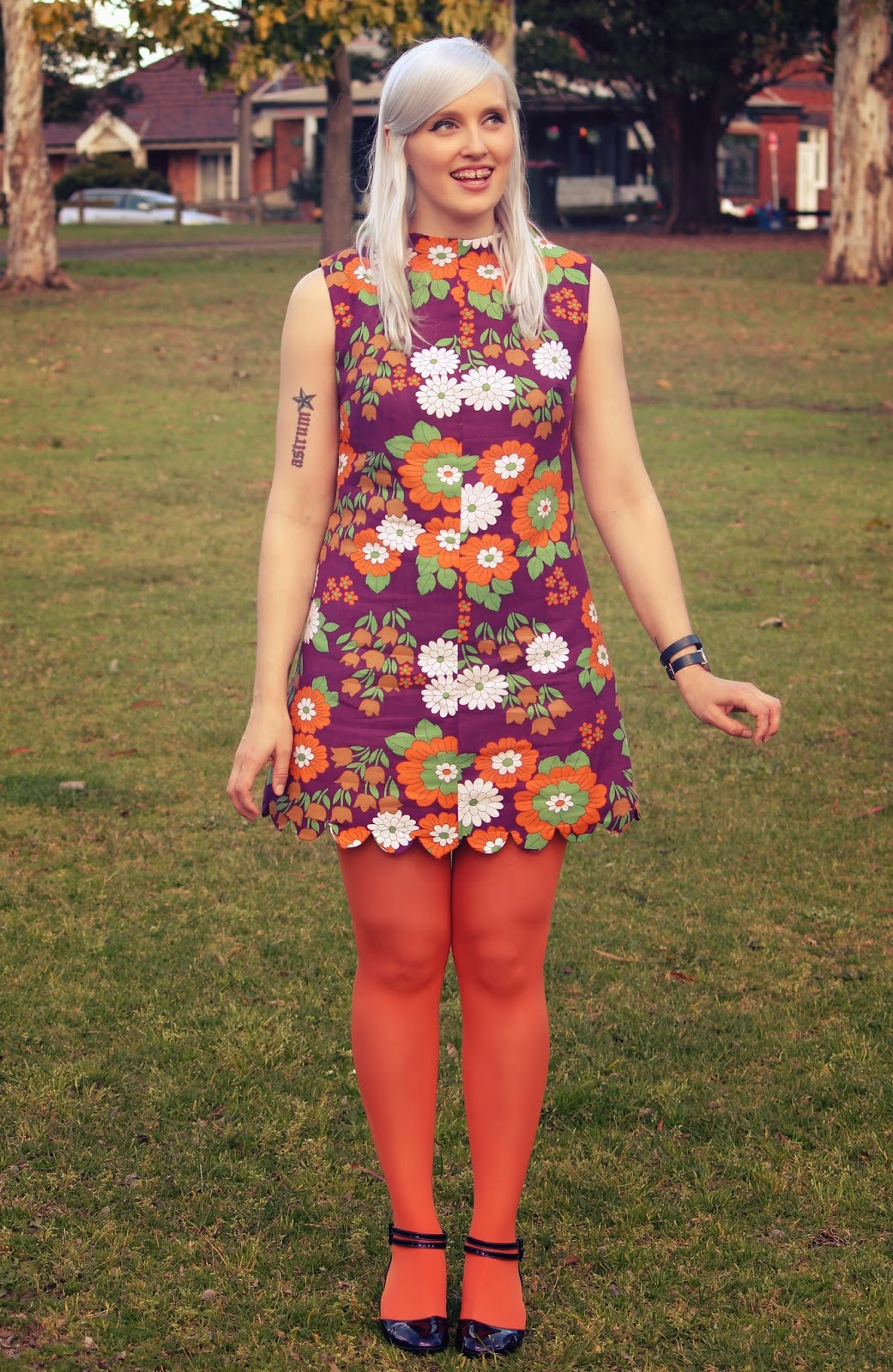 The dress itself is sewn using some rather stiff vintage fabric that I bought from Fabric-a-brac and Simplicity 7635 that I received in a pattern swap with Izzy from La Vie C'est Yeye. I think the fabric may have been originally intended for a cushion or pelmet or something. But the pattern is too much to resist. I decided to whip this up quickly for the photo shoot as I wanted a 3rd dress to show, and because its is so cute 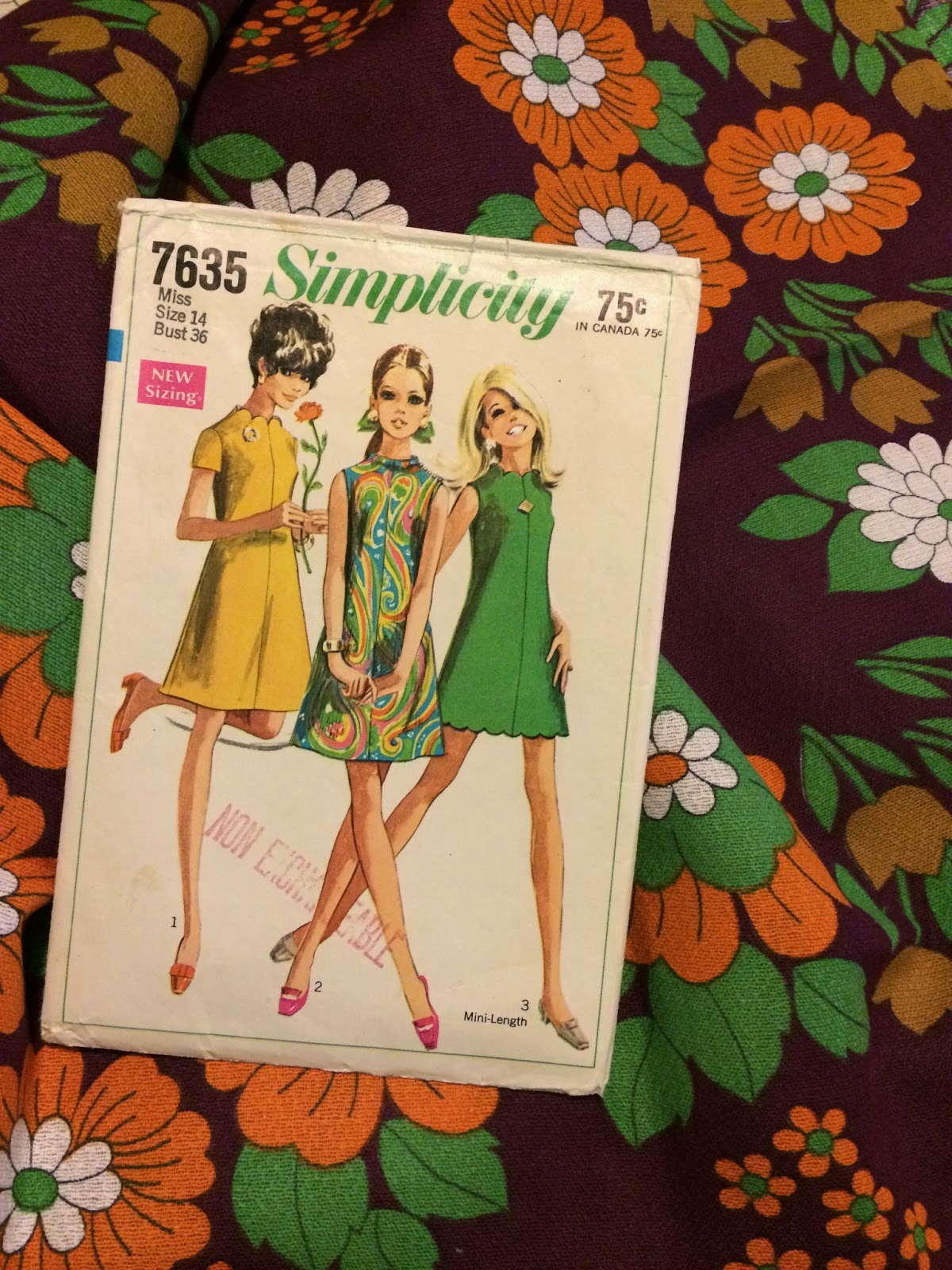 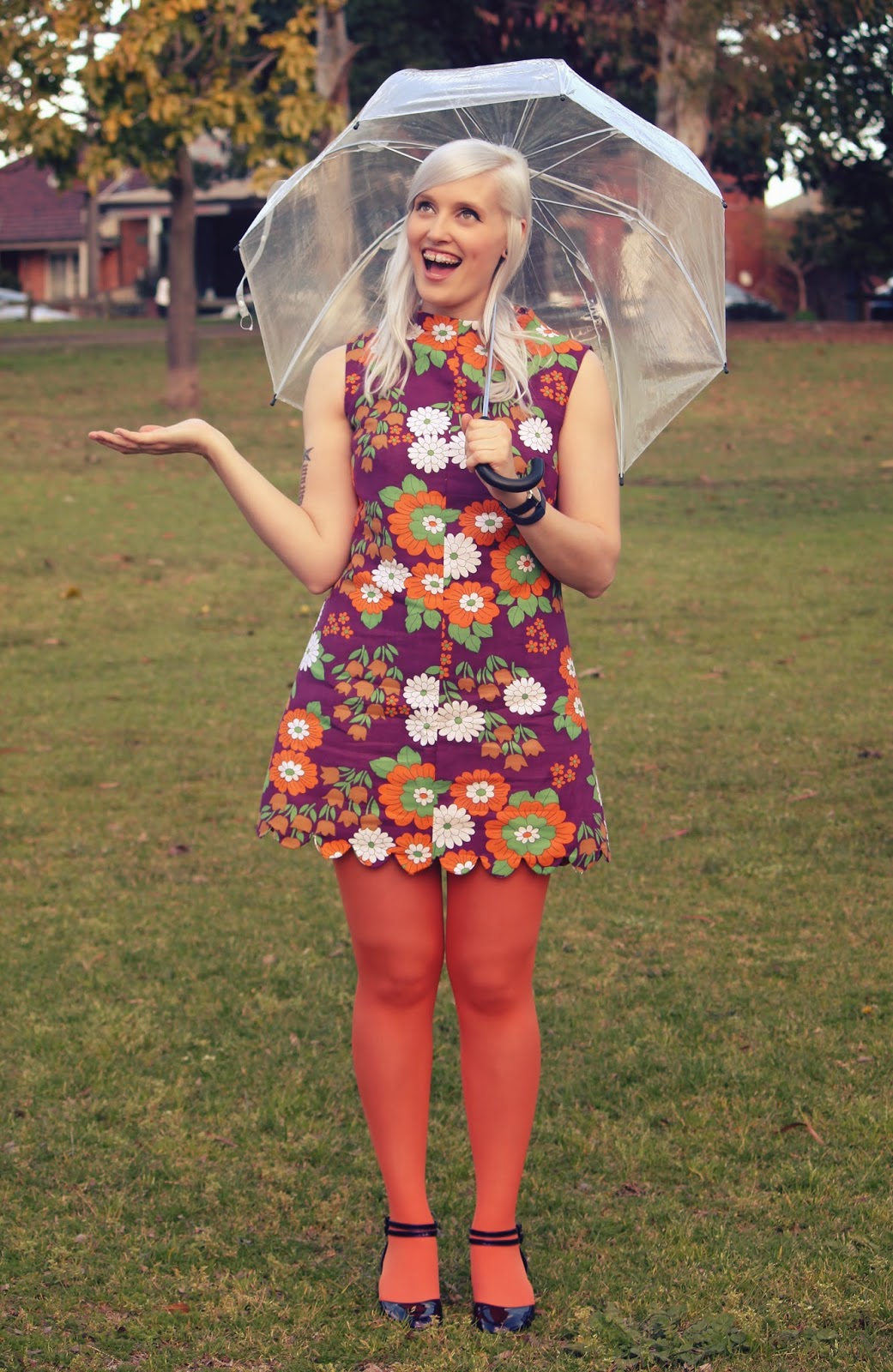 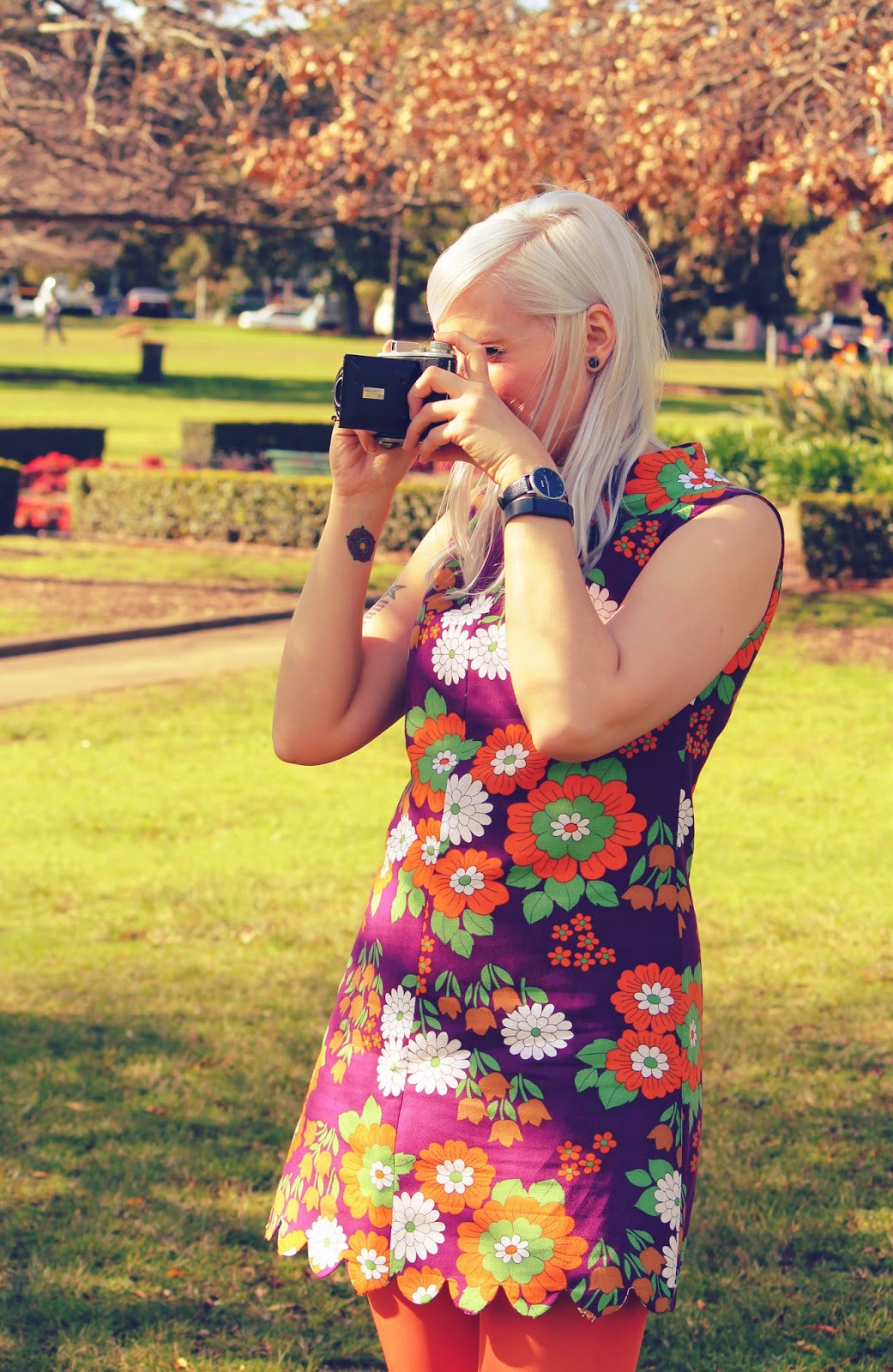 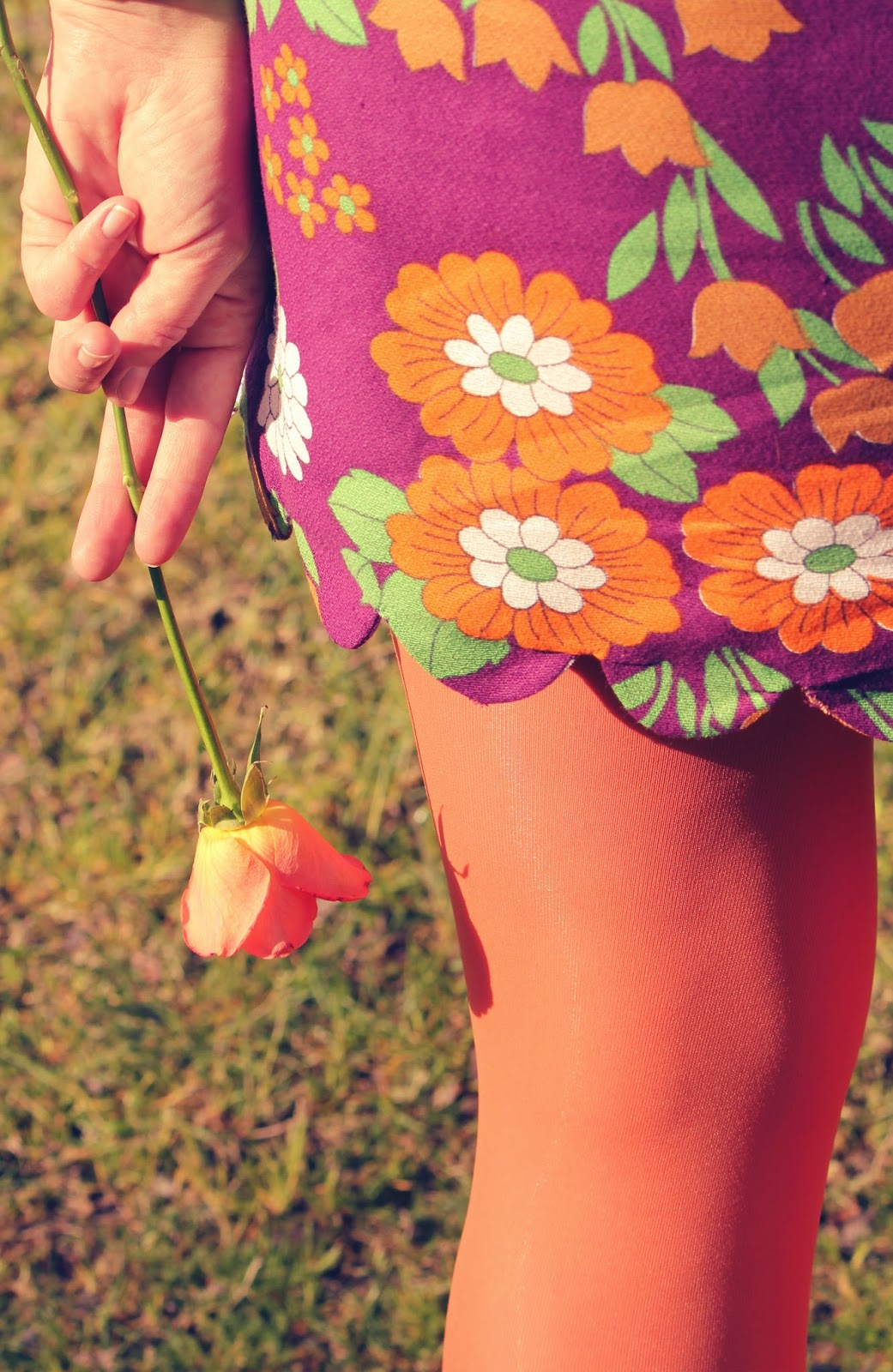 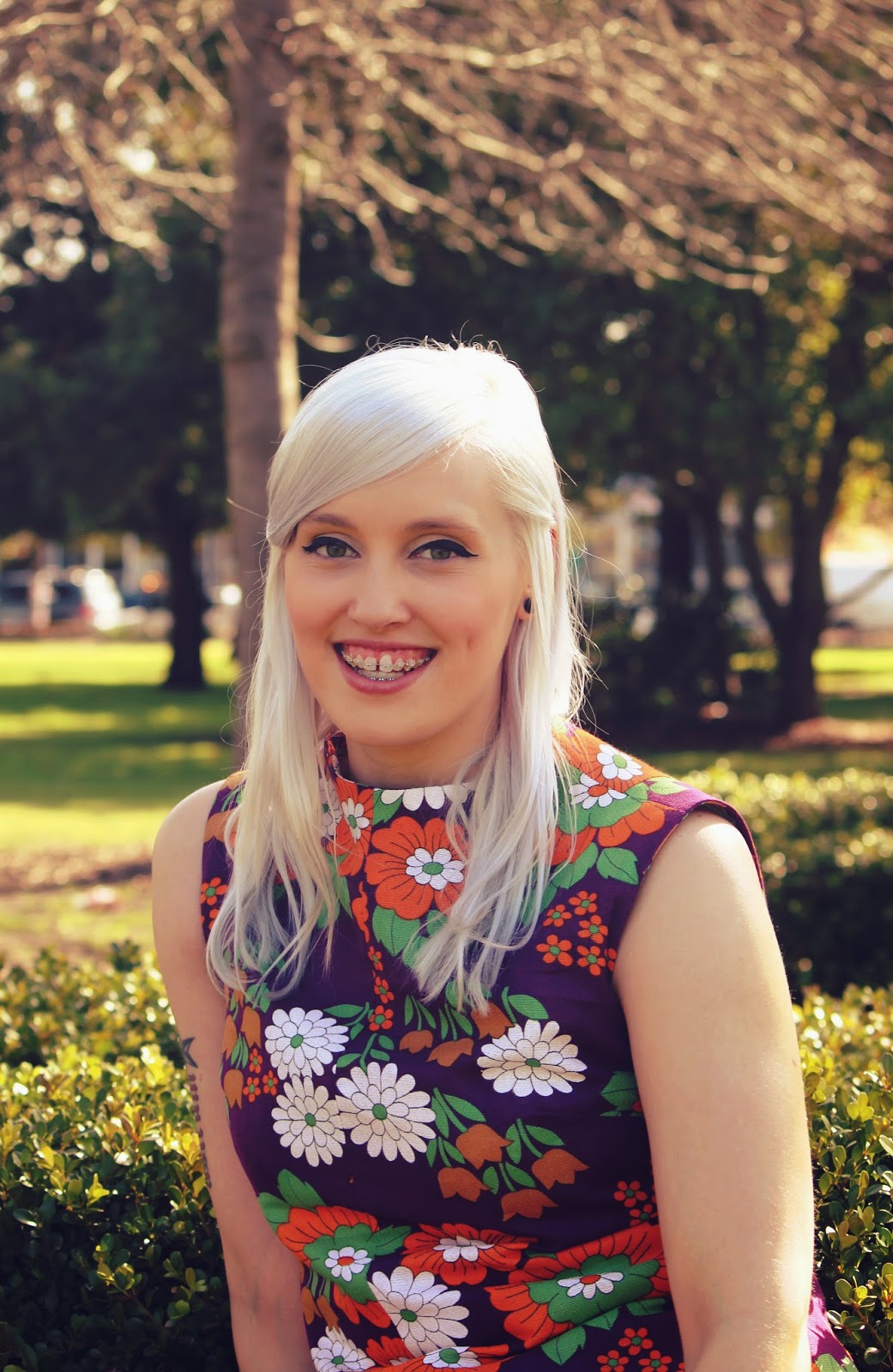 The pattern consists of 2 front and 2 back pieces with a funnel neck so it was really easy to cut and sew up. The dress is shaped with front french darts and simple darts at the back. I don't normally like back darts but in this instance they are placed really nicely and so don't give me an accidental sway back 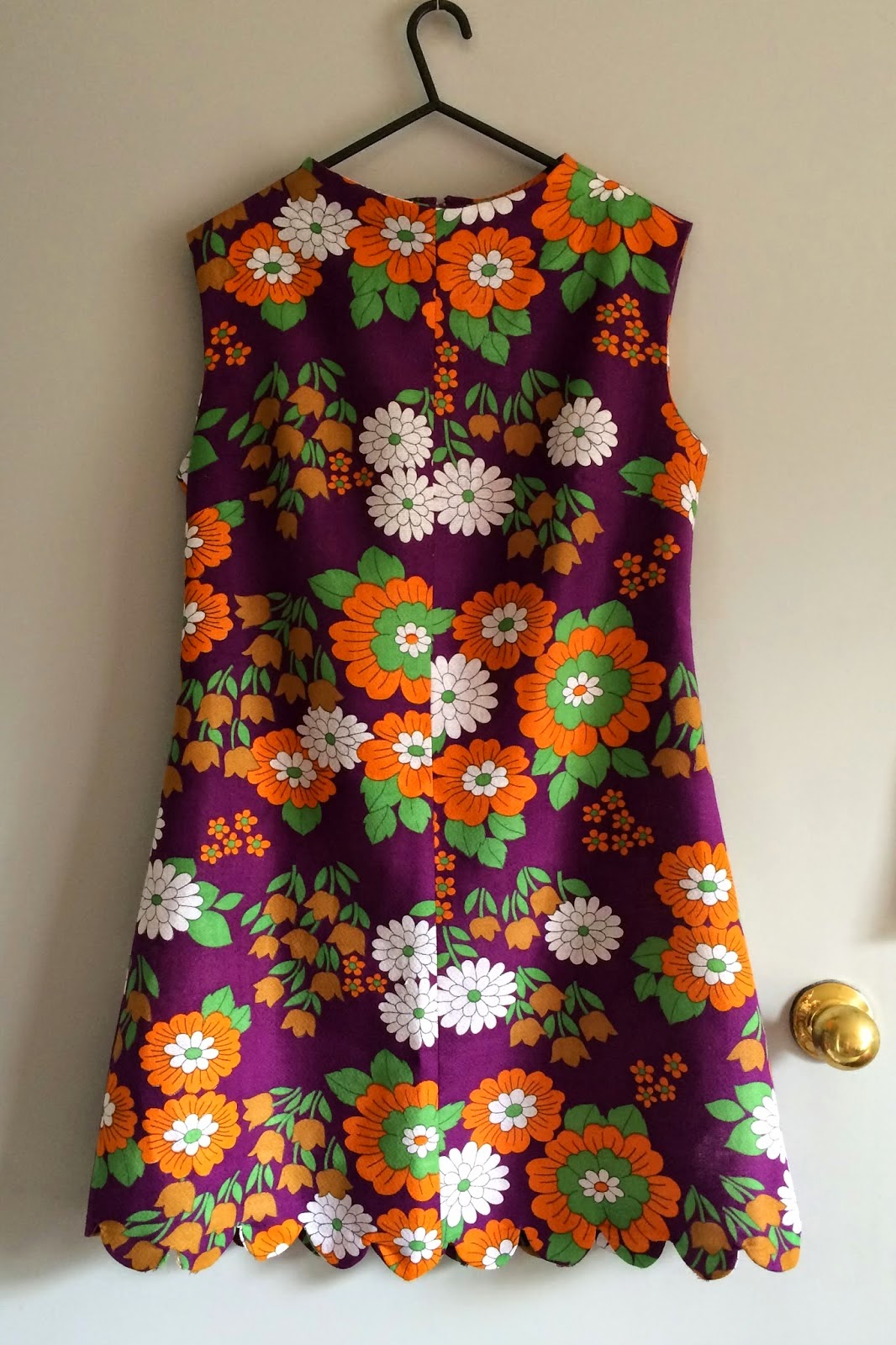 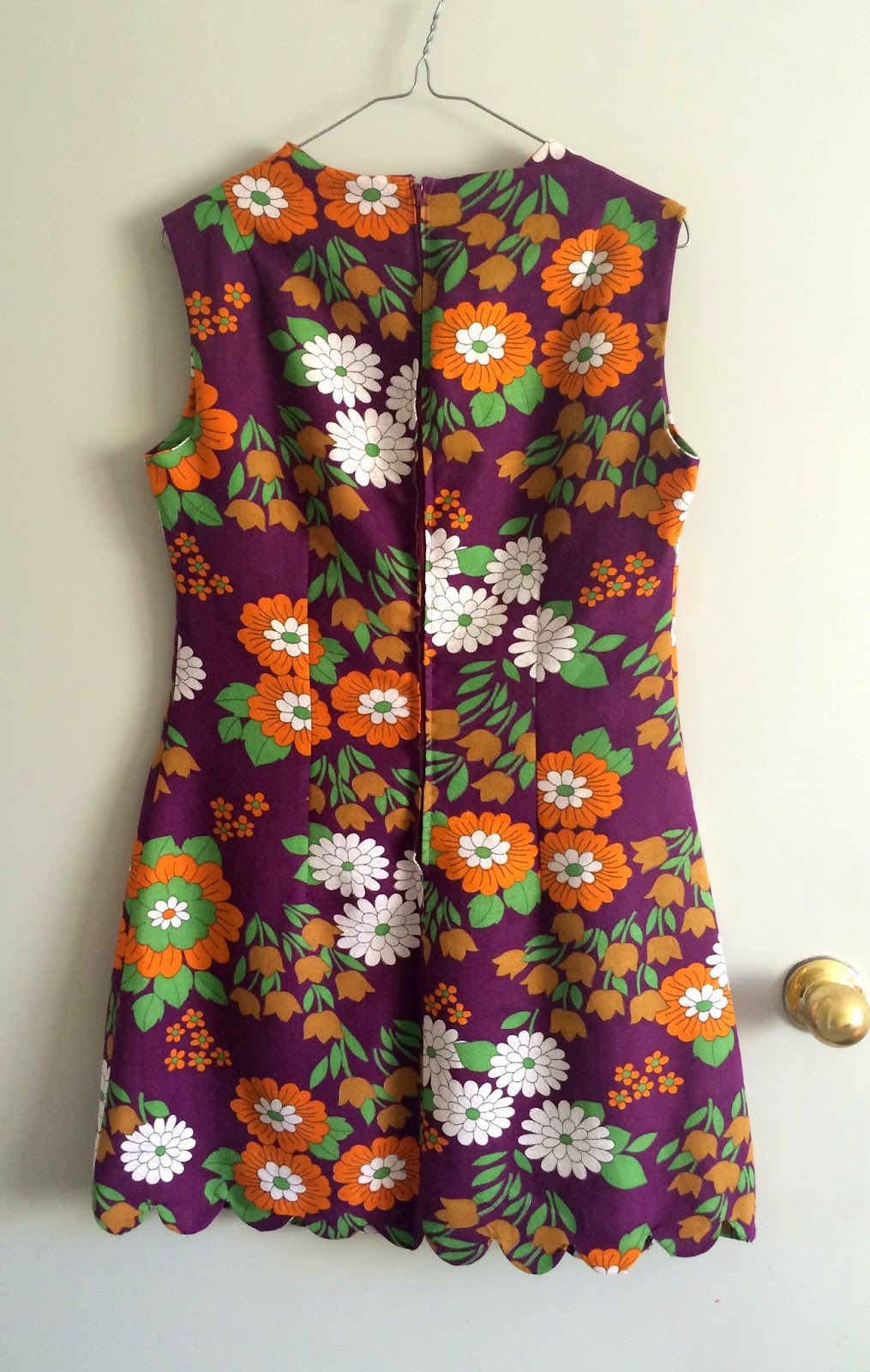 The scalloped hem however is the real feature. The fabric was a bit testy and didn't like being turned out, especially when I had to cut so close to the seam that it simply frayed into nothingness! 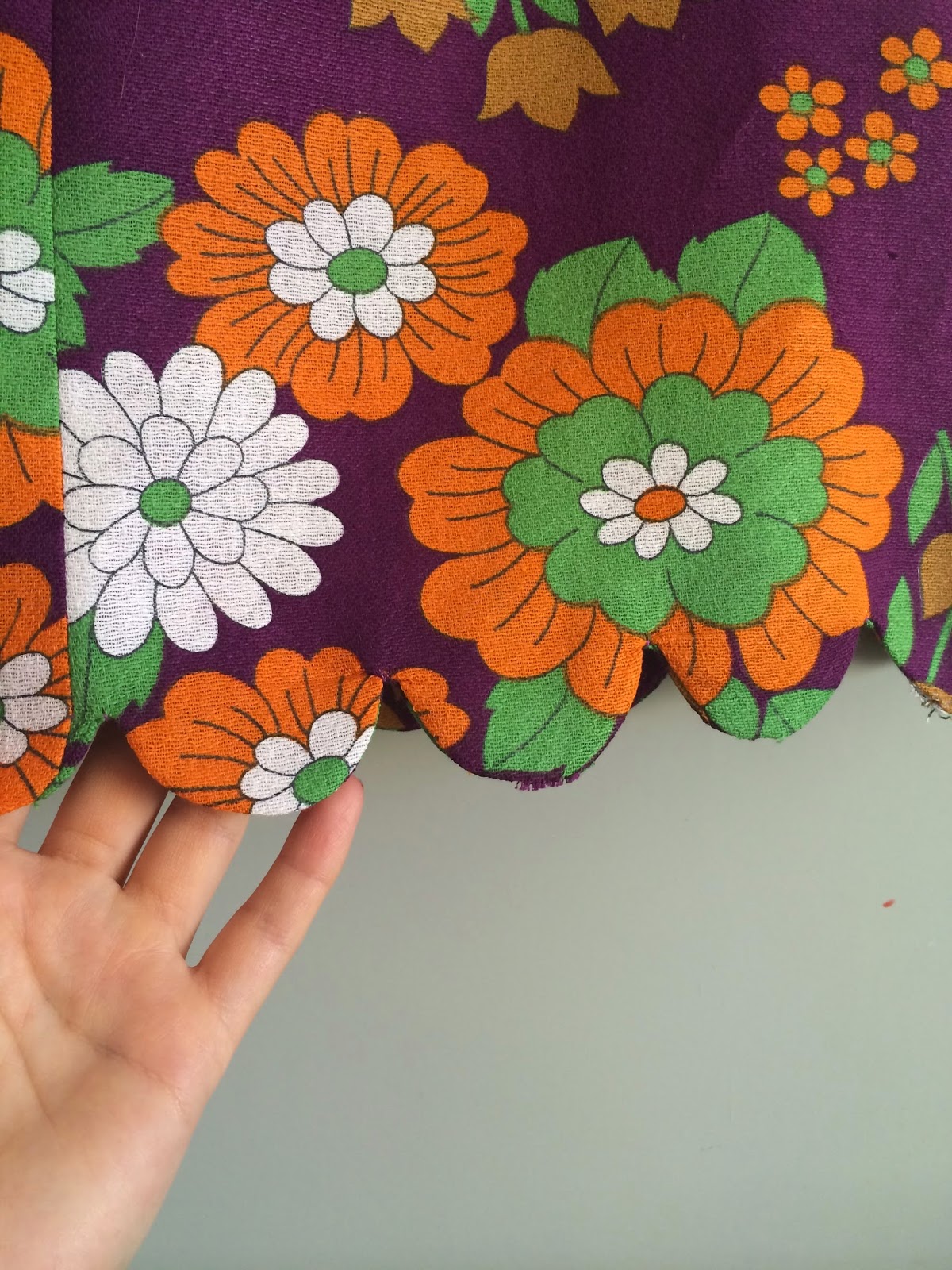 The neckline scoops up from the shoulder to the neck. It doesn't have a specific line to shape it like a normal turtle neck. It simply curves up gently to sit just around the neck 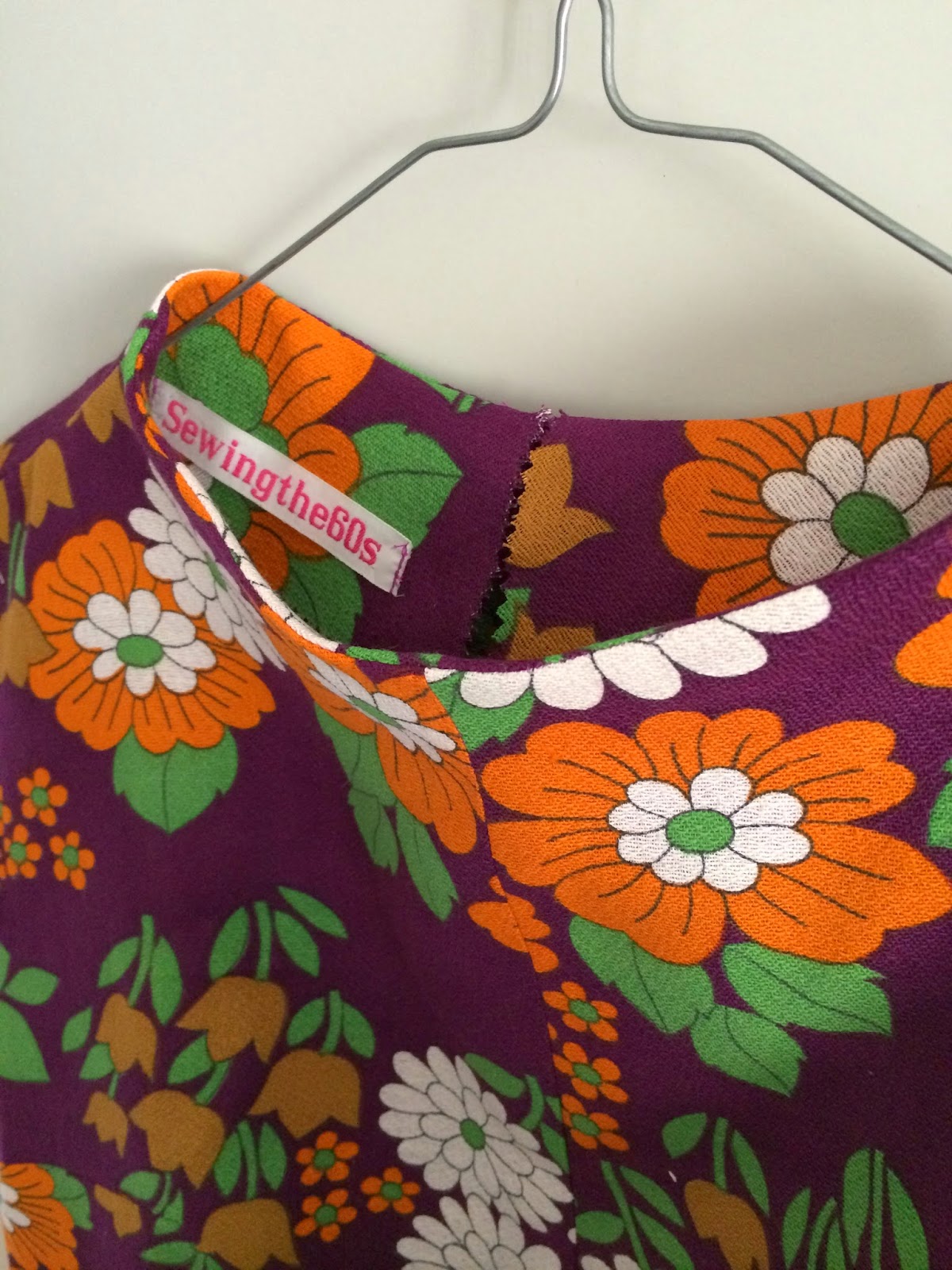 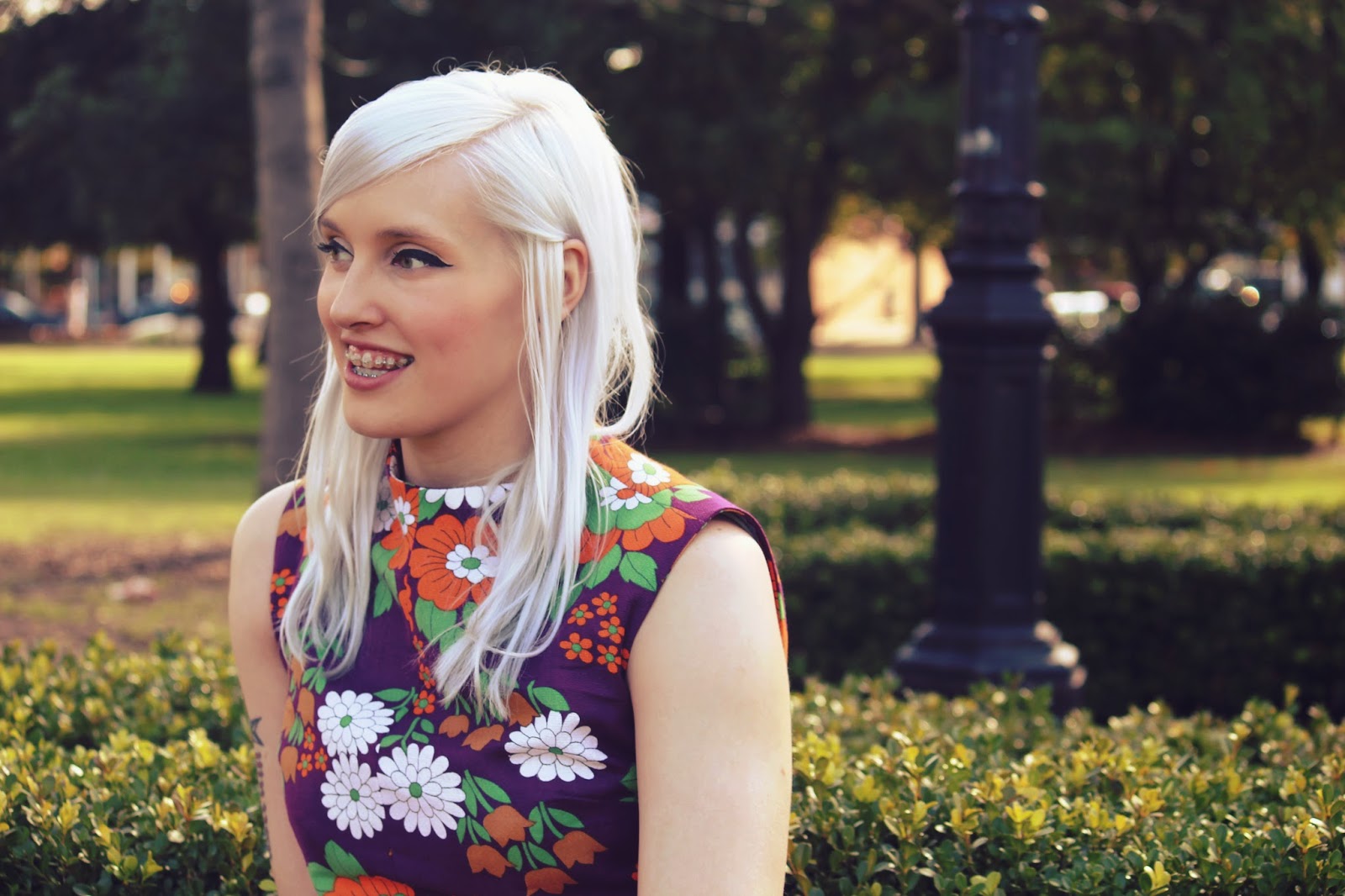 Pretty nice for an afternoon job!

I really liked the idea of posing with the lampshade. I think its my favourite of the bunch.

And my hair looks so white! That's another thing I hardly get to see. You know how you see the same thing everyday, in the mirror or on the way to work, but it takes a photograph or video to make you see that same thing differently?
Sort of weird how we distort our own perception of ourselves, when yet we know we look ok, but insist that our hair is not sitting right or our dress makes us feel pudgy but in reality, most of those perceptions aren't real. We just make them up in our heads!

Kind of like when you record your own voice and listen back to it to hear a totally different sound and say "do I really sound like that?!?" There is a scientific reason for that, but we get so used to being or looking or sounding a different way, its sometimes really refreshing to see ourselves as other people see us

Do you often build up a look of yourself and then get really surprised when you see yourself in a different way?

Enjoy your week lovelies!
Cat xo
Posted by Catherine at 4:29 AM