Hello everyone! I was so ready to show you the photos of this new dress but our internet allowance got gobbled up my the boys new Playstation updates which left us with snail paced internet for a week! Ah but anyway - I now present to you the most recent of my sewn projects - Julie!

Named after Julie Christie for no reason in particular! I just wanted the dear thing to have a name, and because its a darling of a dress! 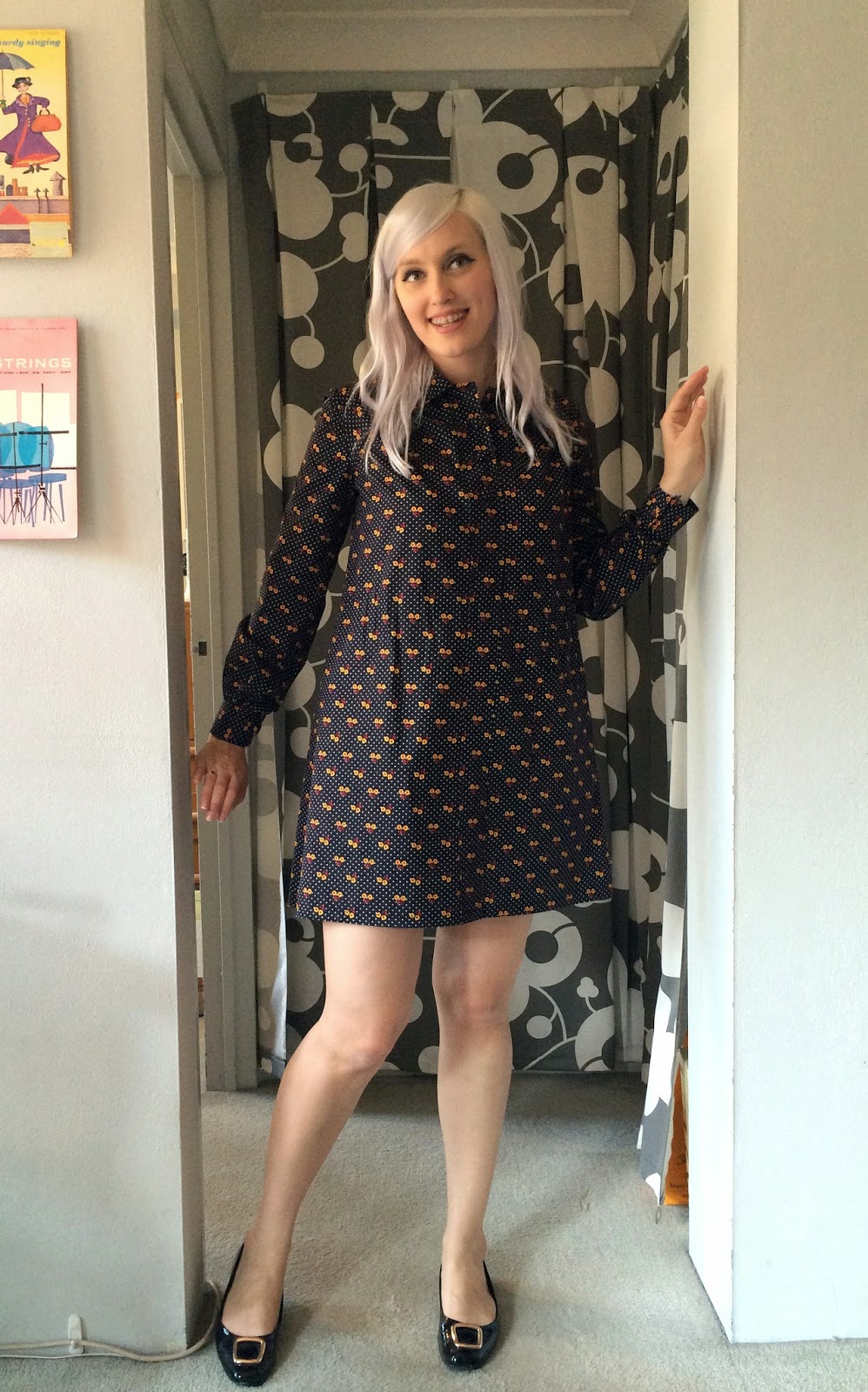 Using pattern McCall's 3803, I found this to be a pattern with mixed difficulties. While the placket on the wrist uses the seam to make it, the front of the dress requires origami like folding and sewing to form what looks like two pieces sewn together.

The front is actually 1 whole piece of fabric so if you were using horizontal striped fabric it would make matching those stripes easy work, but it gets lost in plain or busy fabric, so I really don't see the sense in it, other then to either make you feel clever or stupid depending on if you defeat it or not. 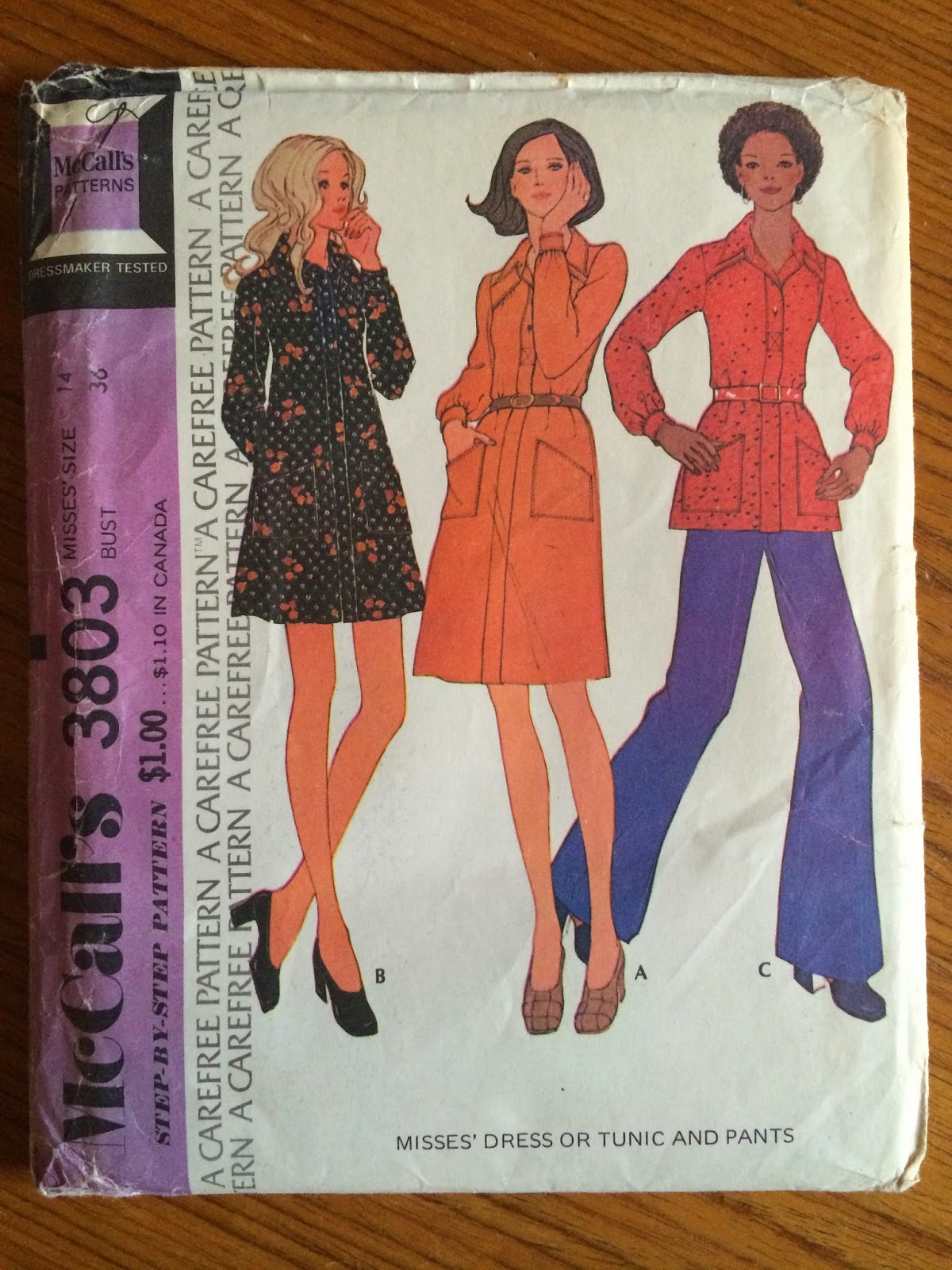 The fabric is an almost identical match to the one on the envelope! I got it from Spotlight and the design is by Repro-depot. They don't seem to have their fabric for sale any more on their website or anywhere else so it was pure luck! 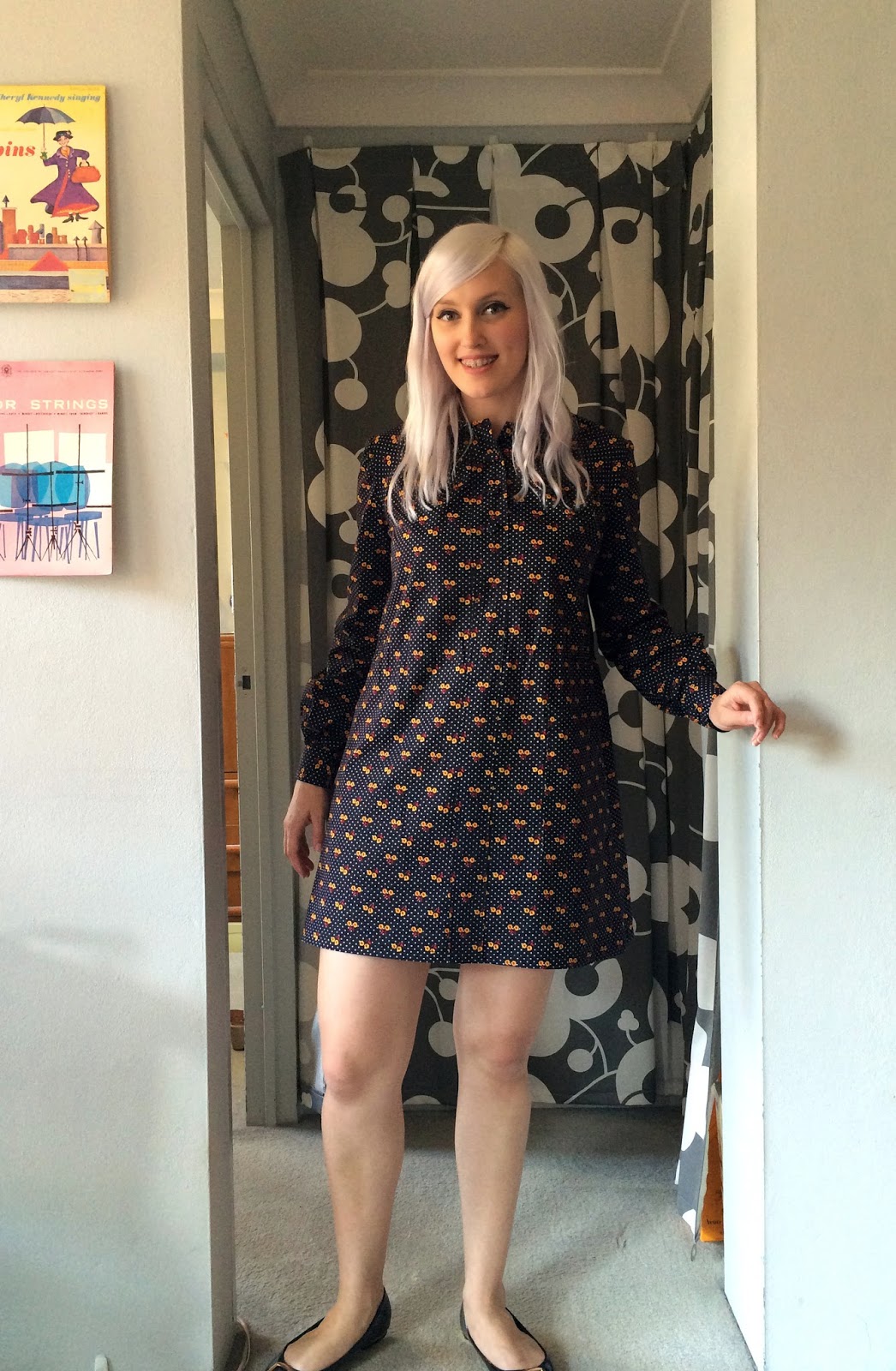 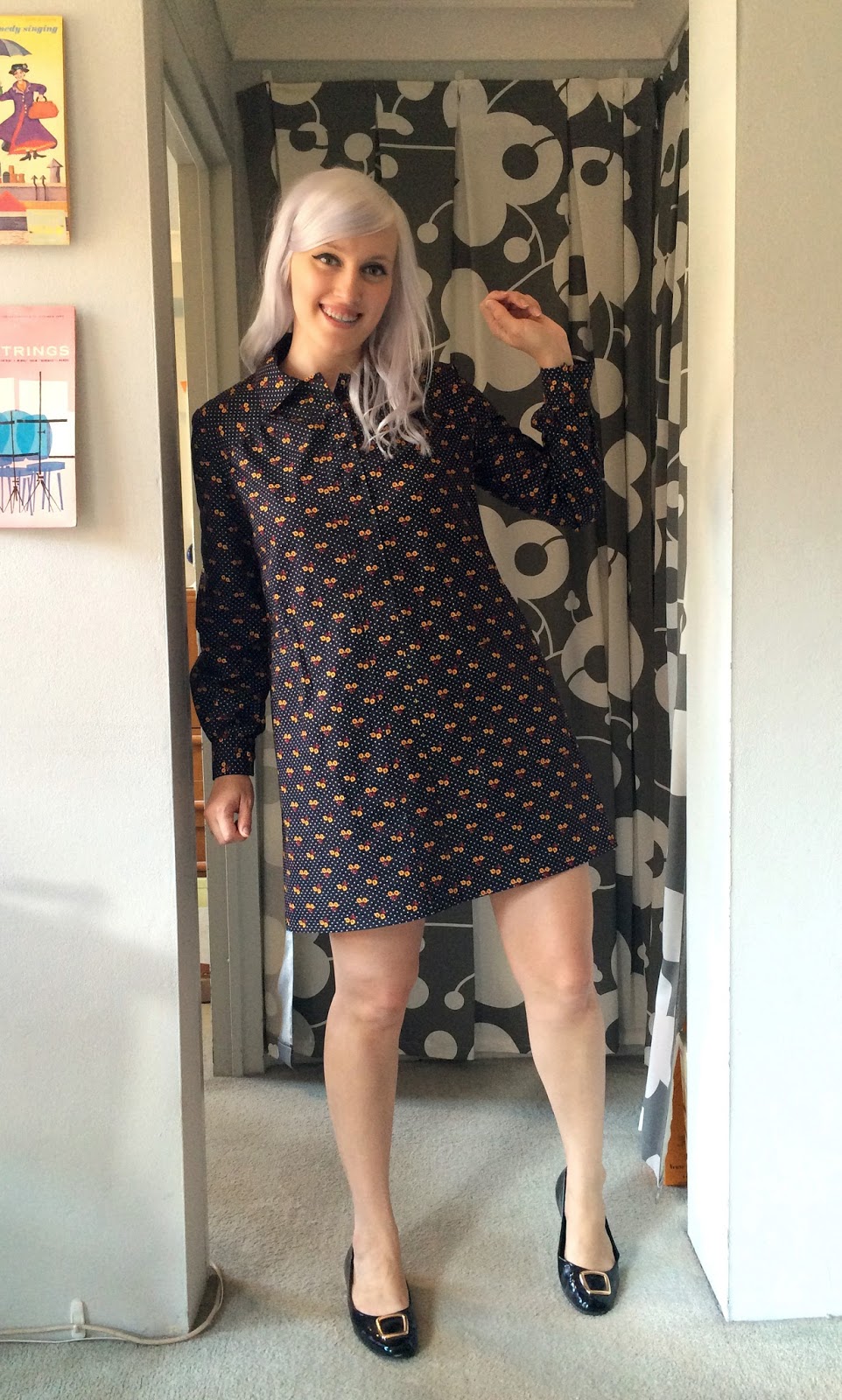 I also had only just enough fabric left for 1 pocket! And I normally prefer pockets on the right hand side, but I cut this piece for the left instead. Oh well! 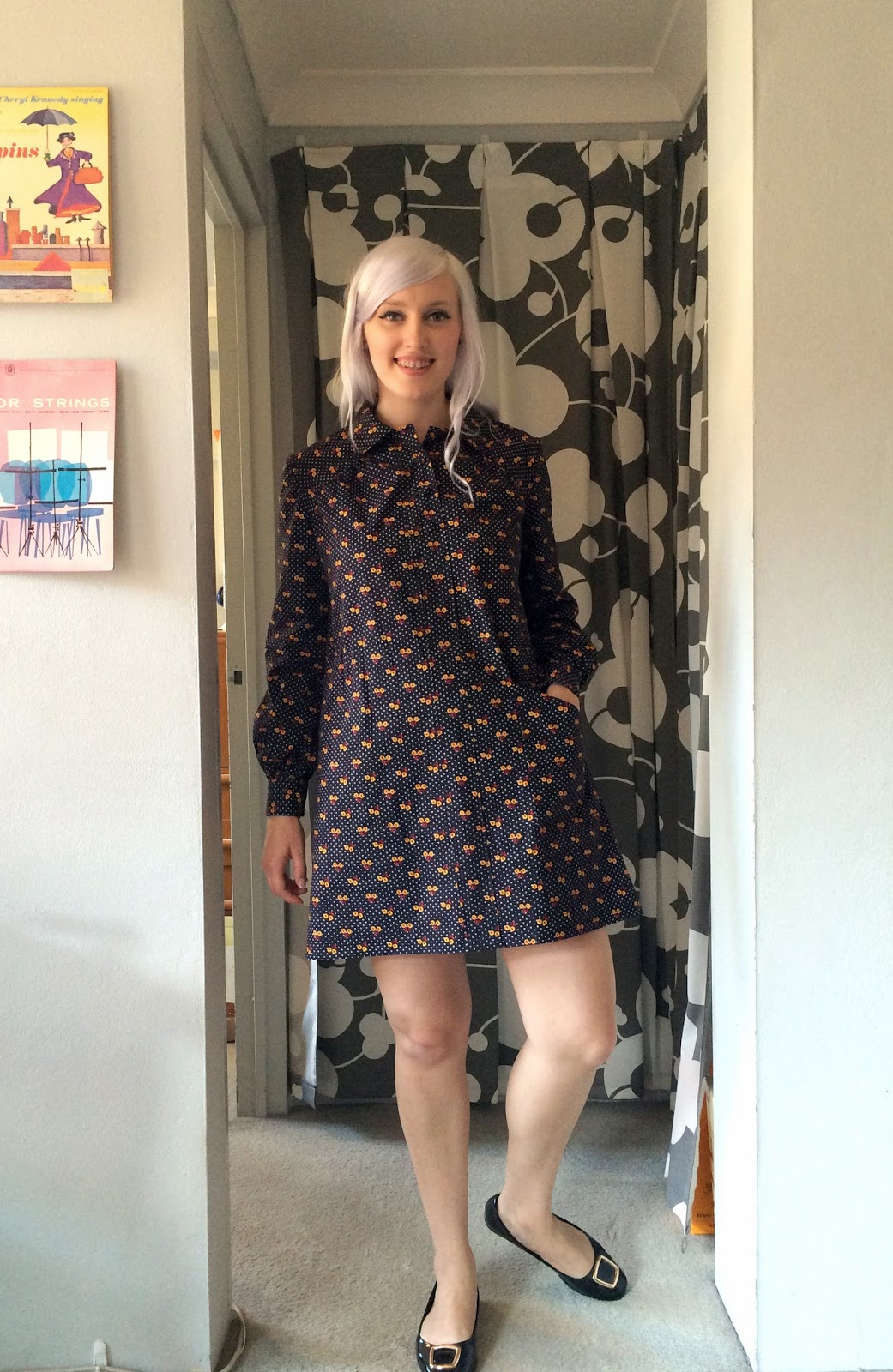 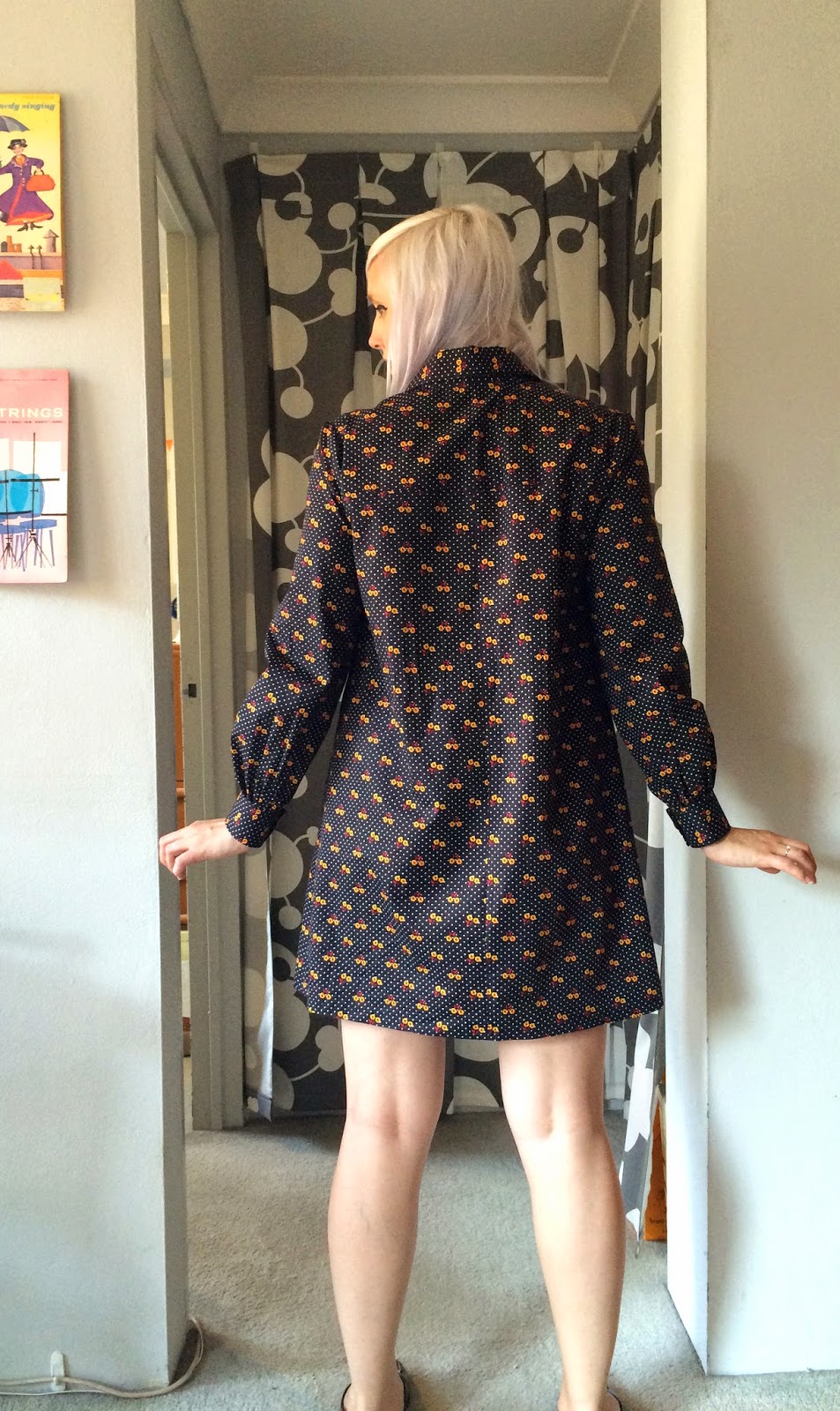 I also remembered not to cut it too short so that I could wear a belt with it, which gives it a rather lovely look. The dress doesn't have a zipper so it simply pulls over the head once you undo the buttons on the front. 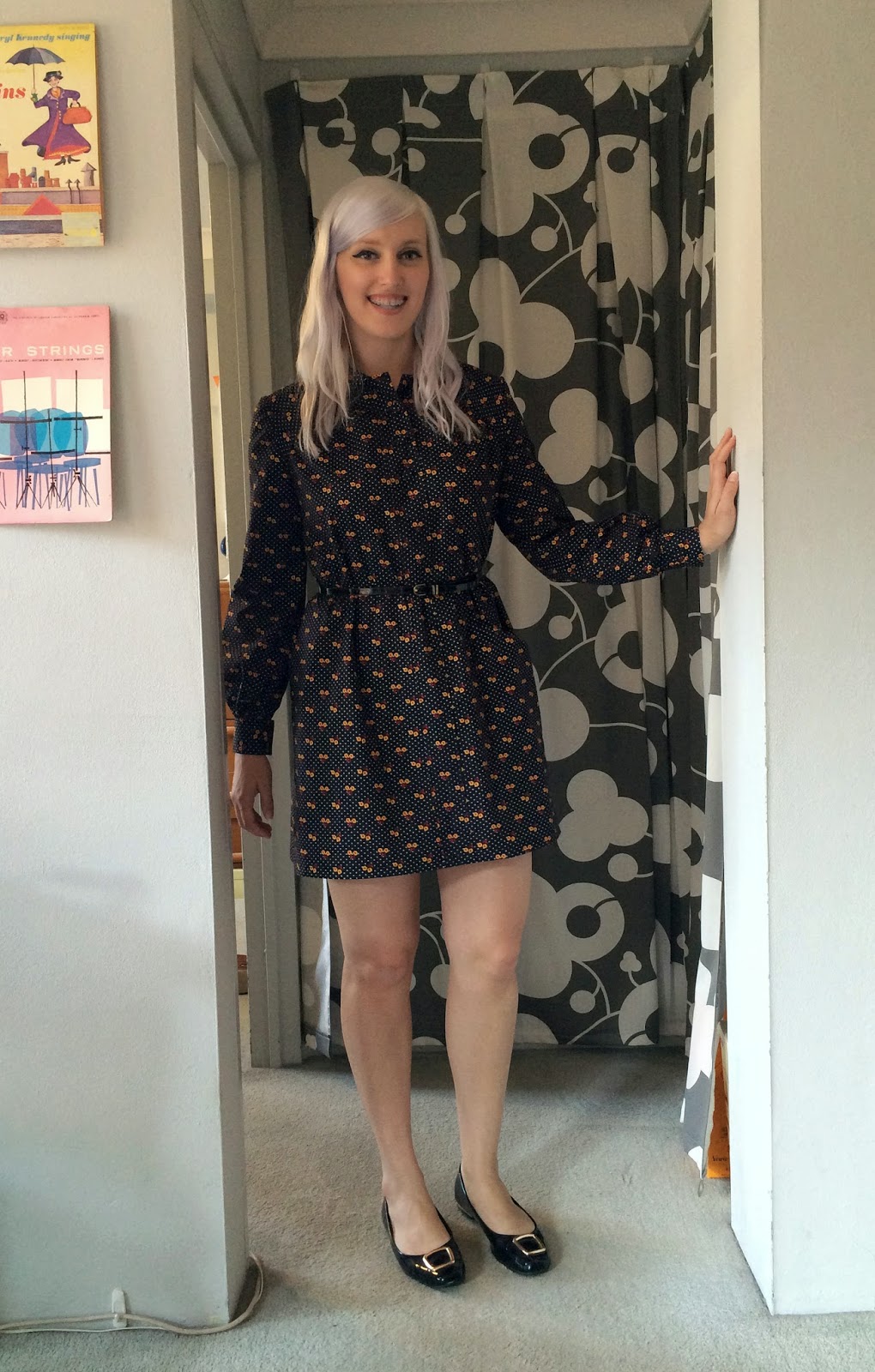 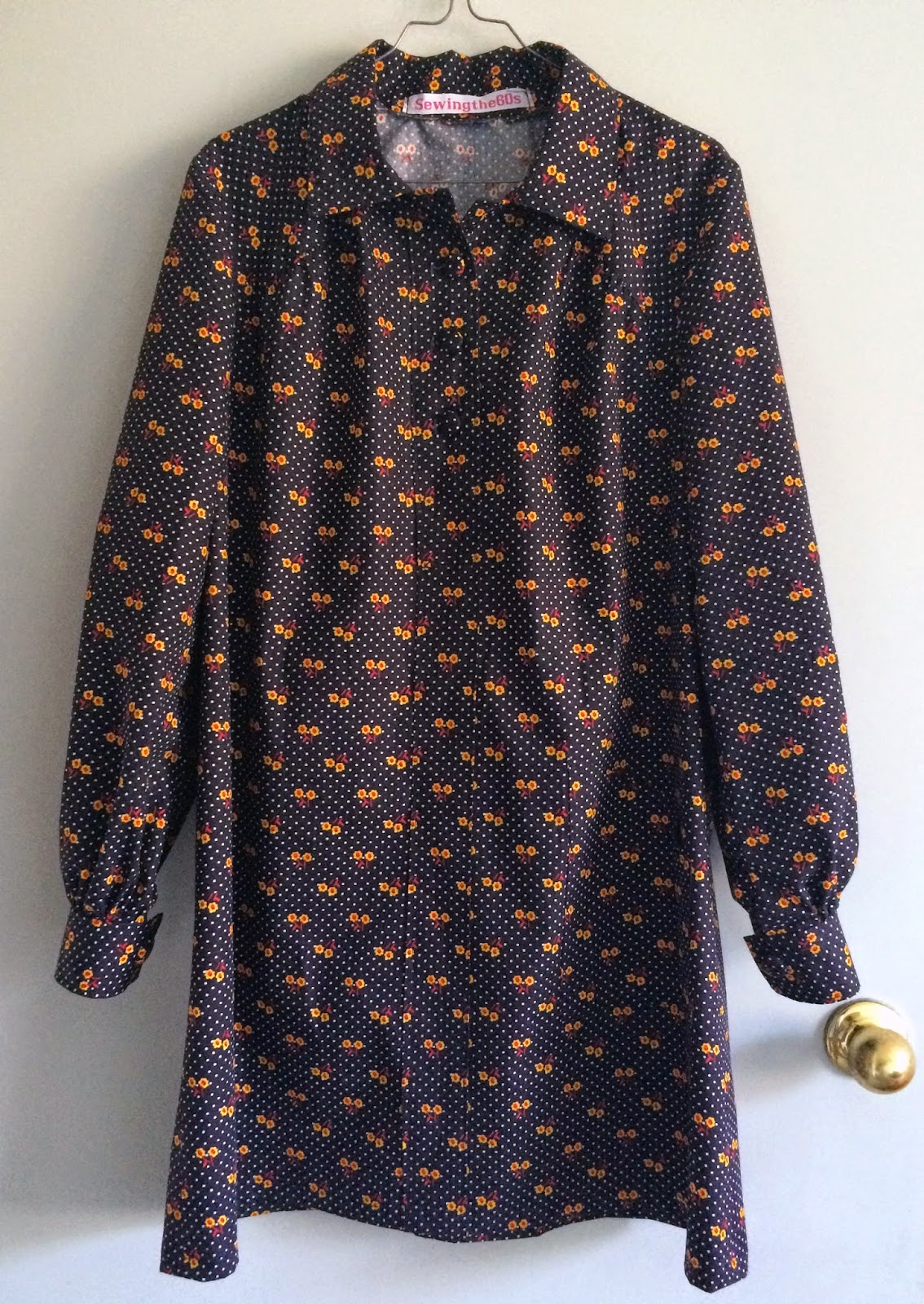 The front of the dress has very small gathers under the yoke which create fullness for the bust. 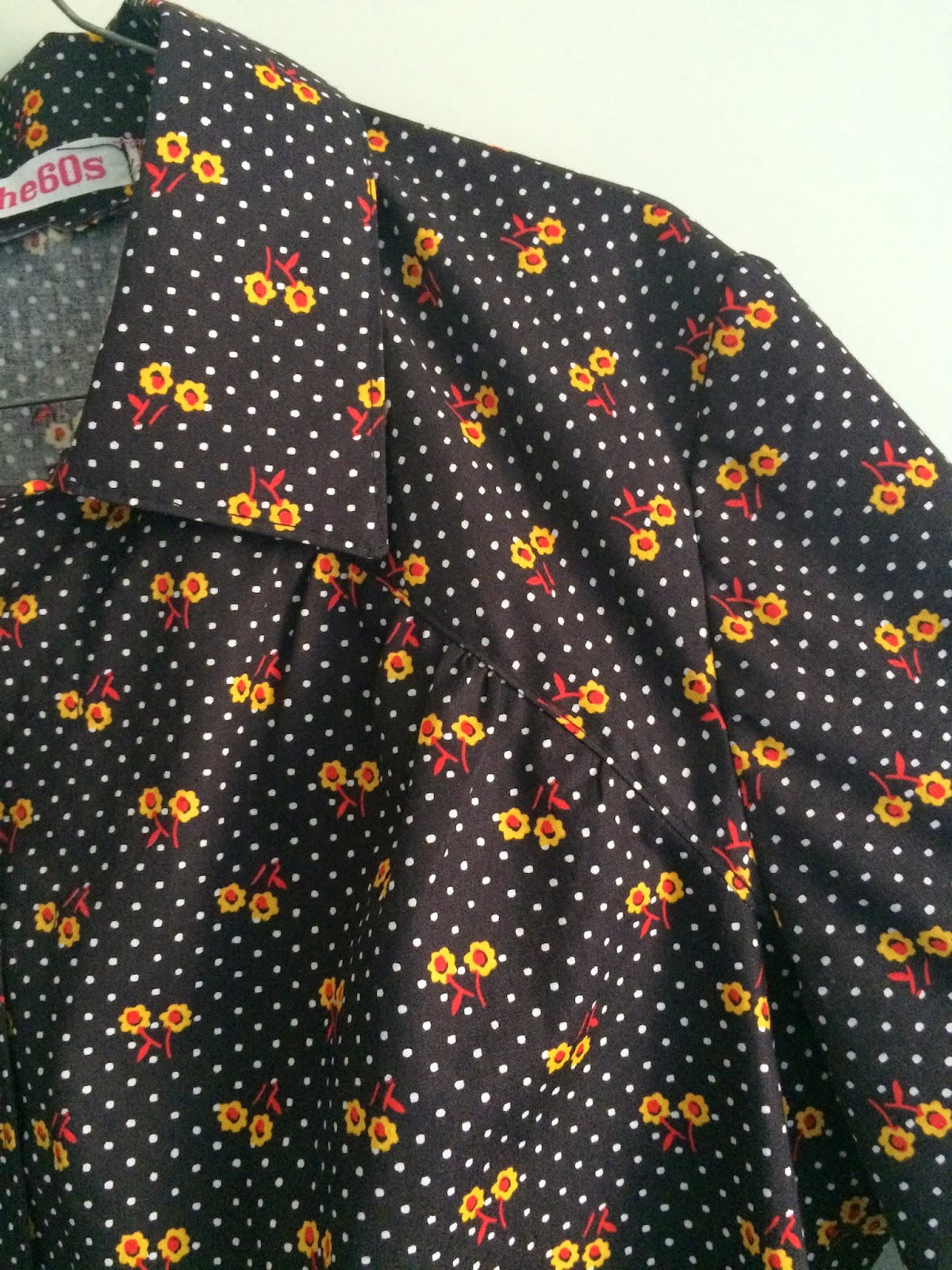 I think I should have added a fourth button to the top or just redistributed the buttons a bit more, but otherwise I'm ok with the open look 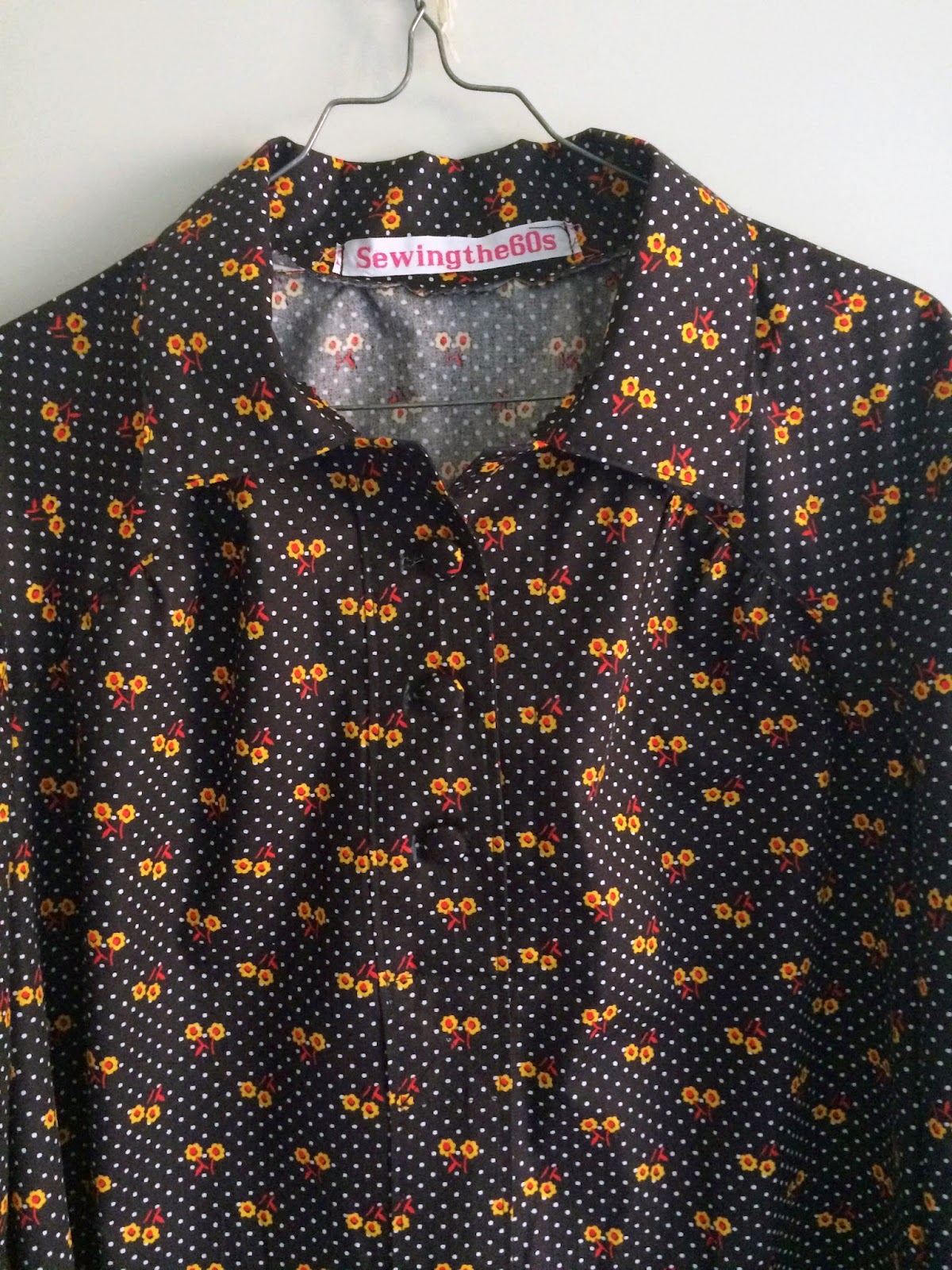 The sleeve seam turns into the placket for the button. McCall's patterns are funny in that way. Some short cuts and some not - for example, the pants on this pattern use elastic instead of a zip, but then it calls for lined pockets. 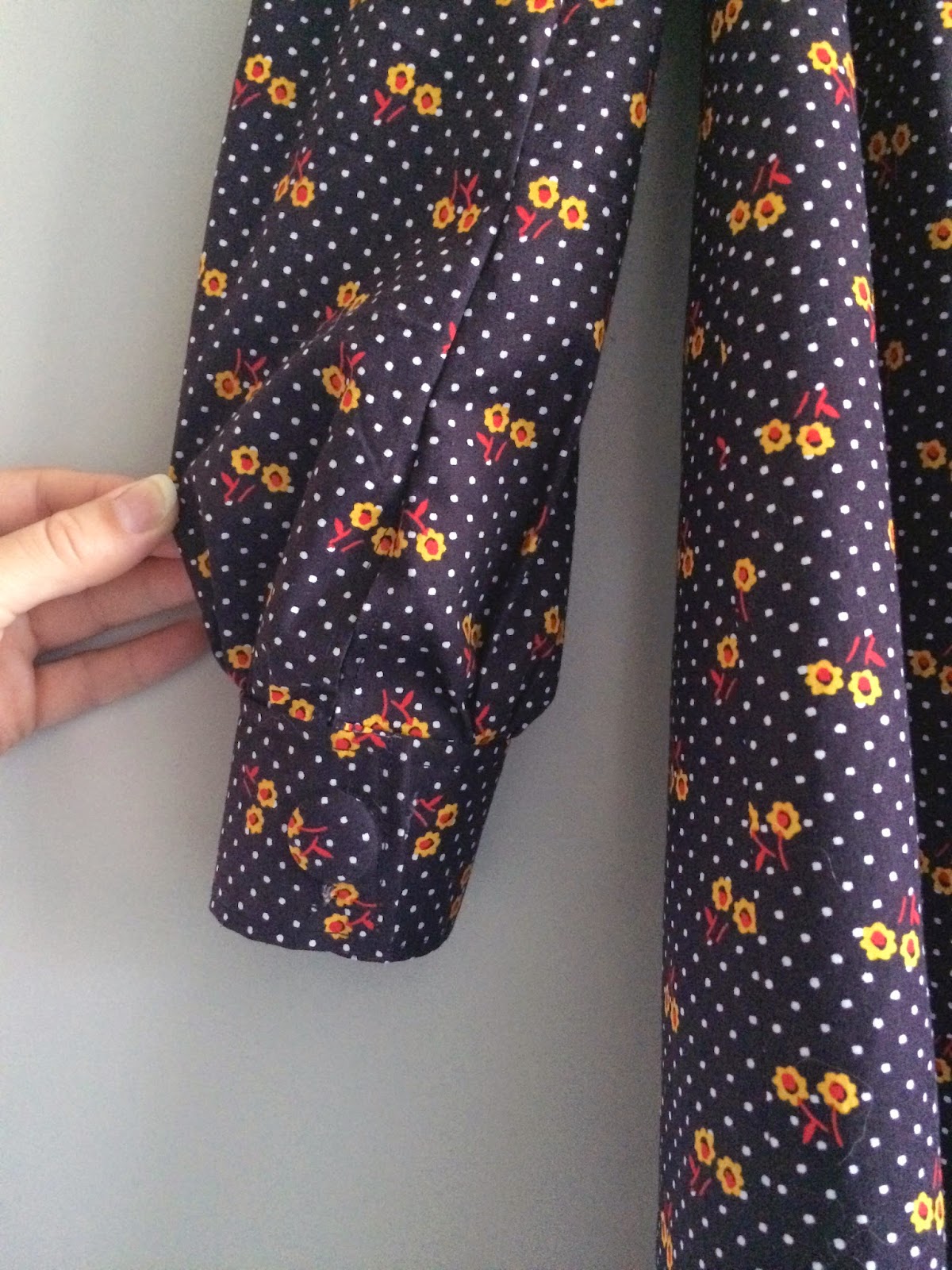 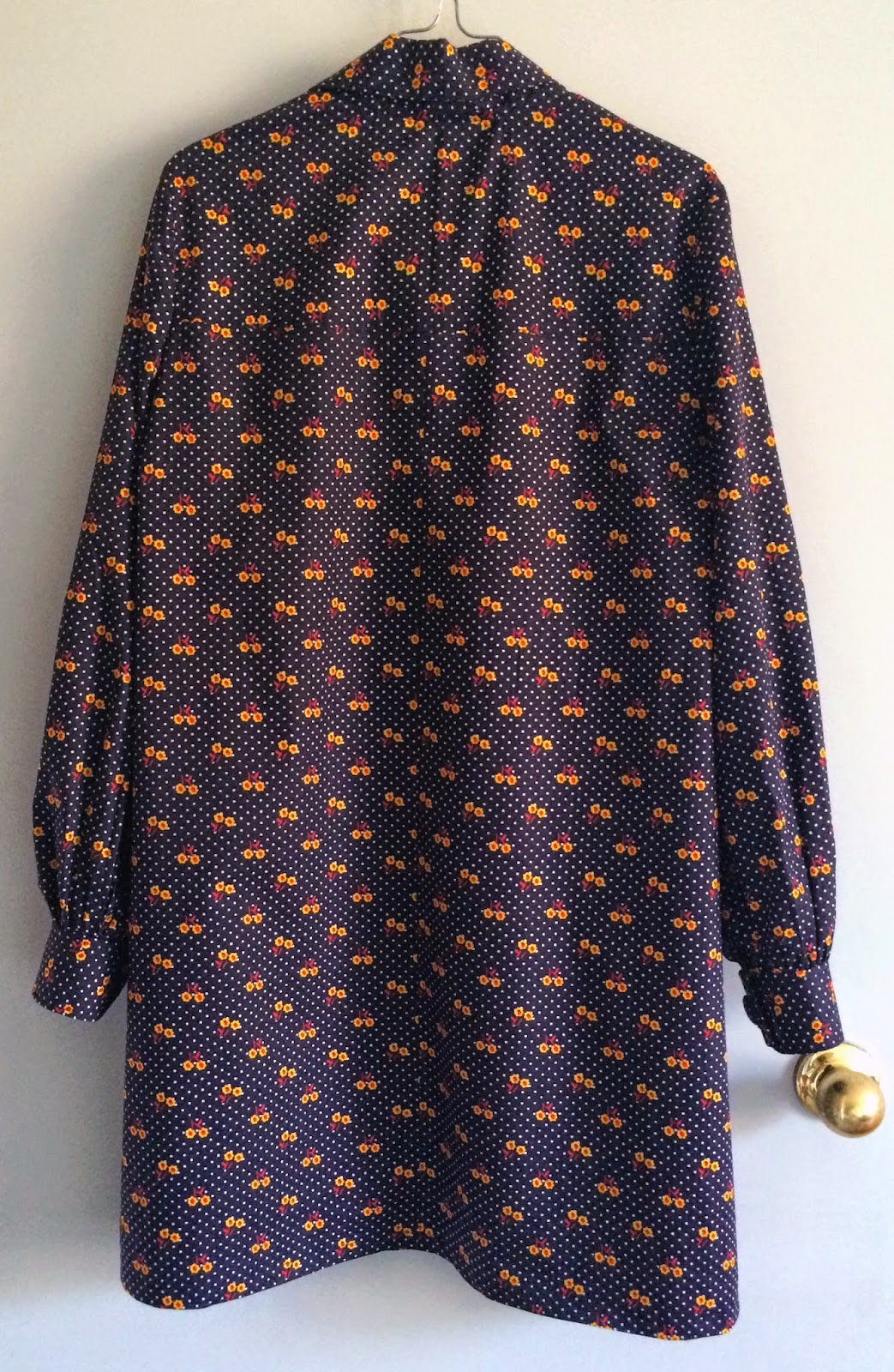 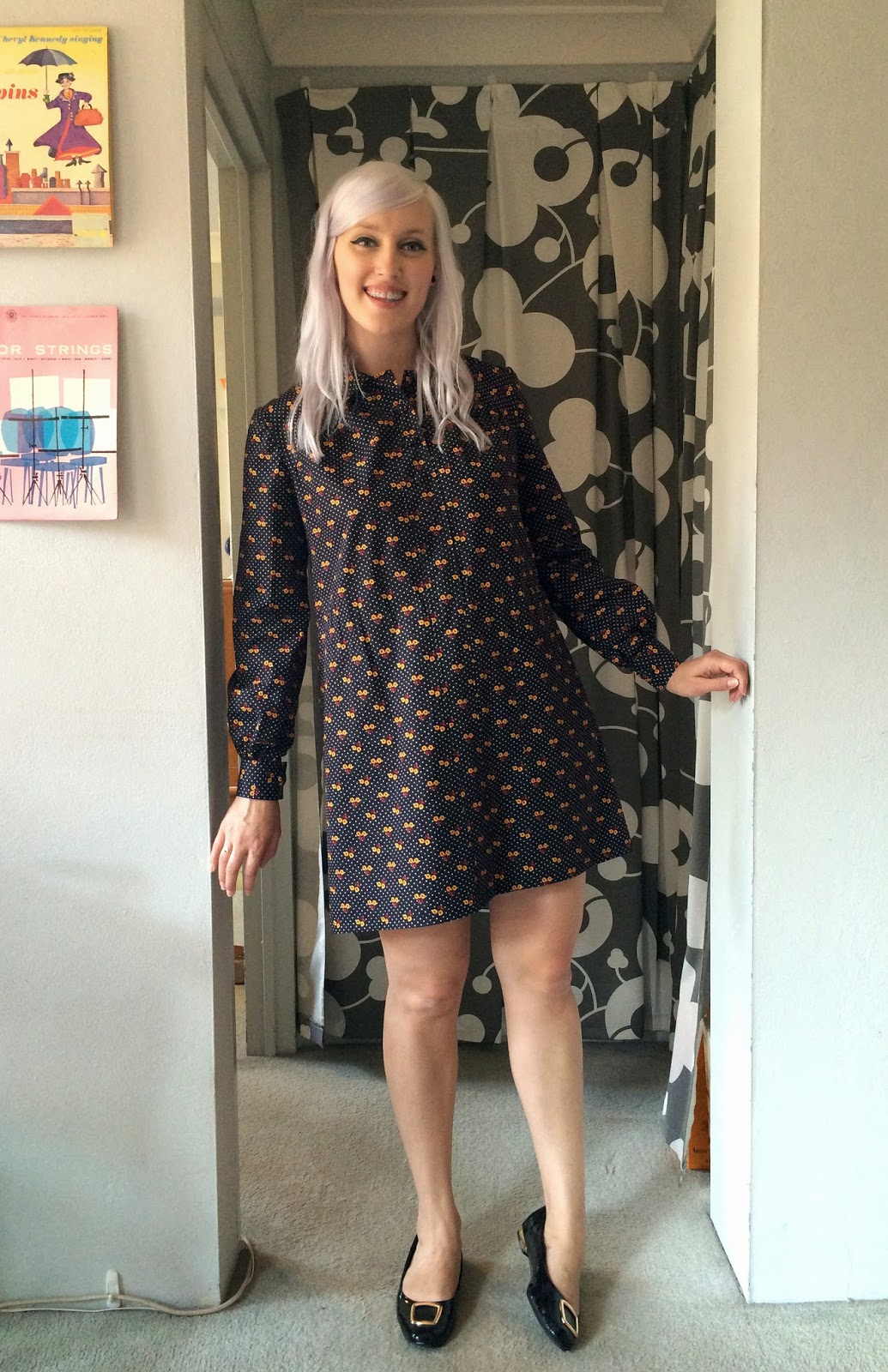 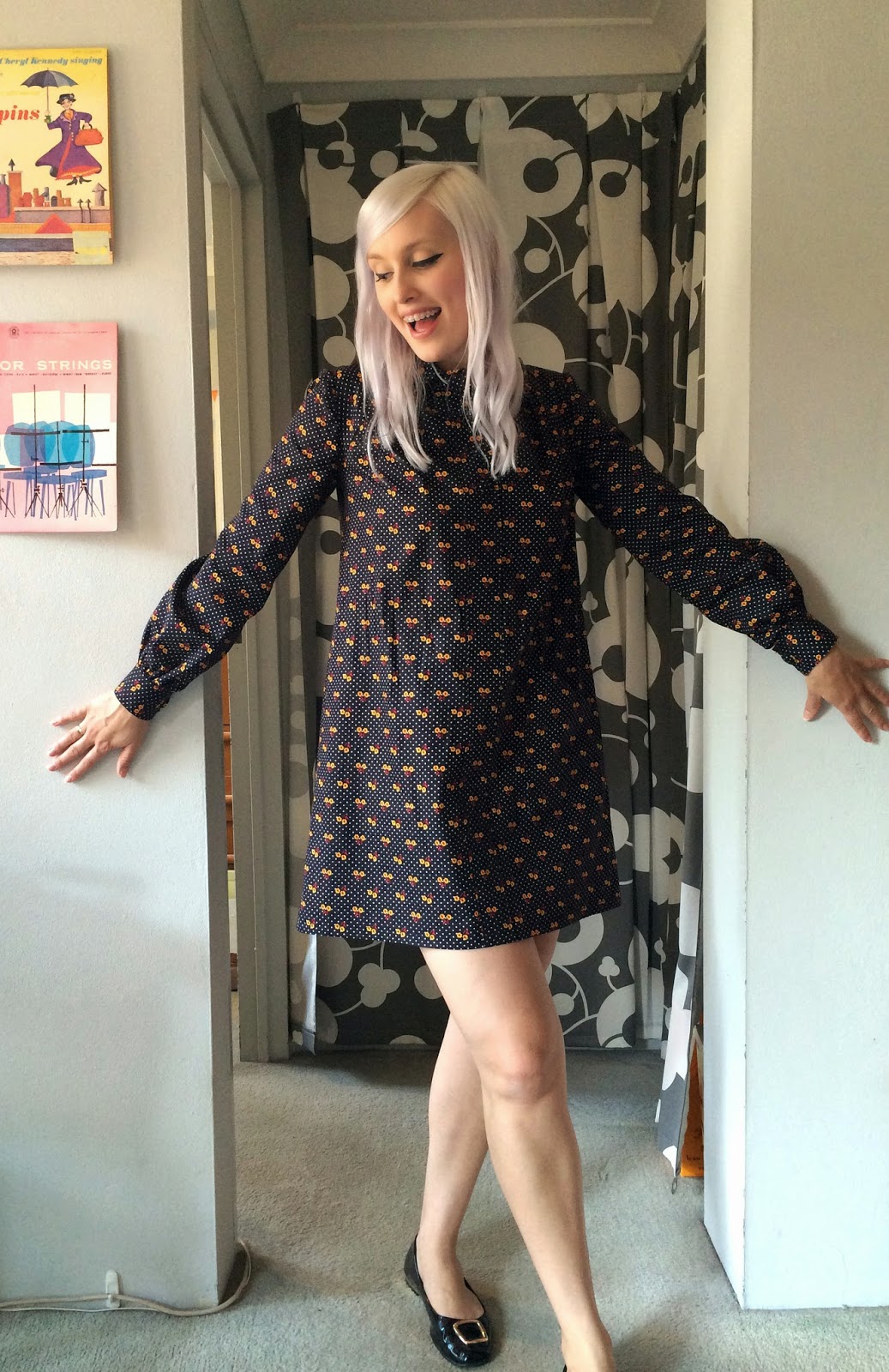 Such a darling isn't she? I do like this dress very much and the fabric is really nice. I think though I should have ironed it for these photos right? haha Oops!

So I have pretty much worked through the pile of projects I showed in this post and have spent this weekend waiting for the internet to restart cutting out another pile! If you look at the top left of the blog home page, you'll also notice I've finally changed the "current projects" button to Butterick 4519. So that will be the next one, but in the mean time I have two dresses yet to post which I will try to get around to this week

Take care lovely people! And thanks for stopping by!

Cat xo
Posted by Catherine at 5:51 AM