I know I said I would post these photos on Sunday, but I have been insanely busy even in my down time and nursing a sore knee from over doing it at the gym. Perhaps more pressing the sewing machine pedal and less hitting the treadmill is required!

Anyway, so here it is! My version of Simplicity 3833 which was sewn for Rosie Wednesdays shift dress sew along! 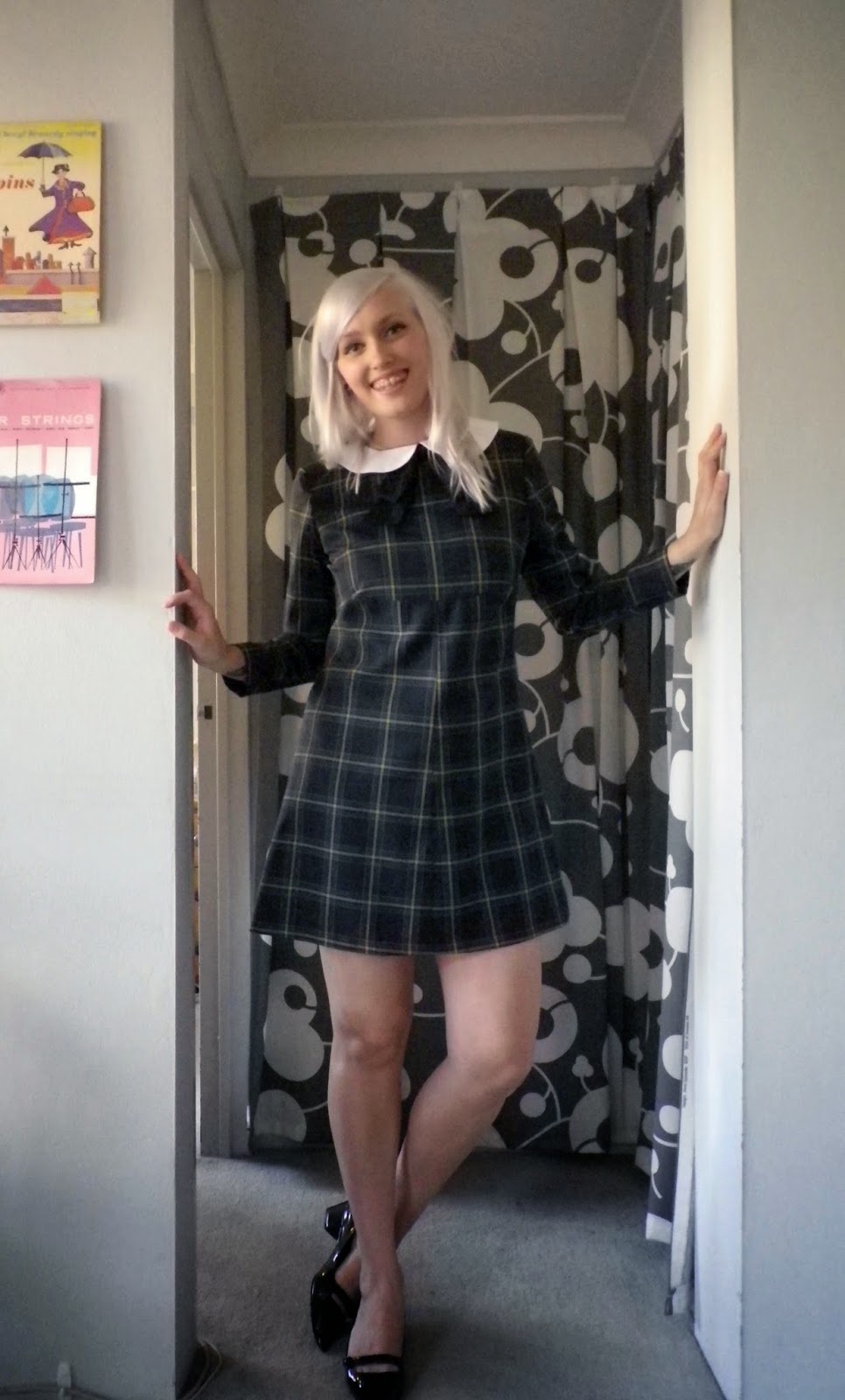 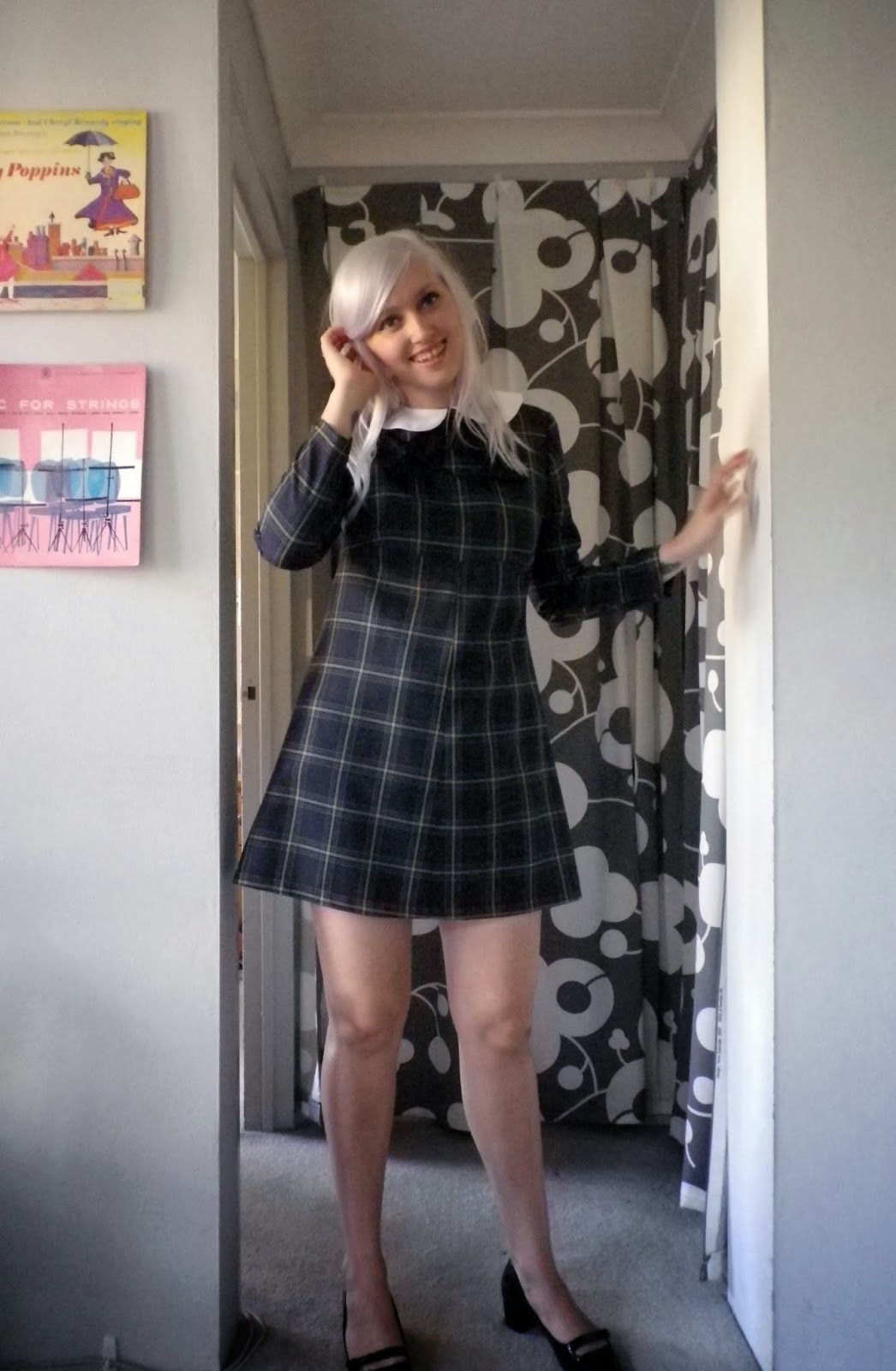 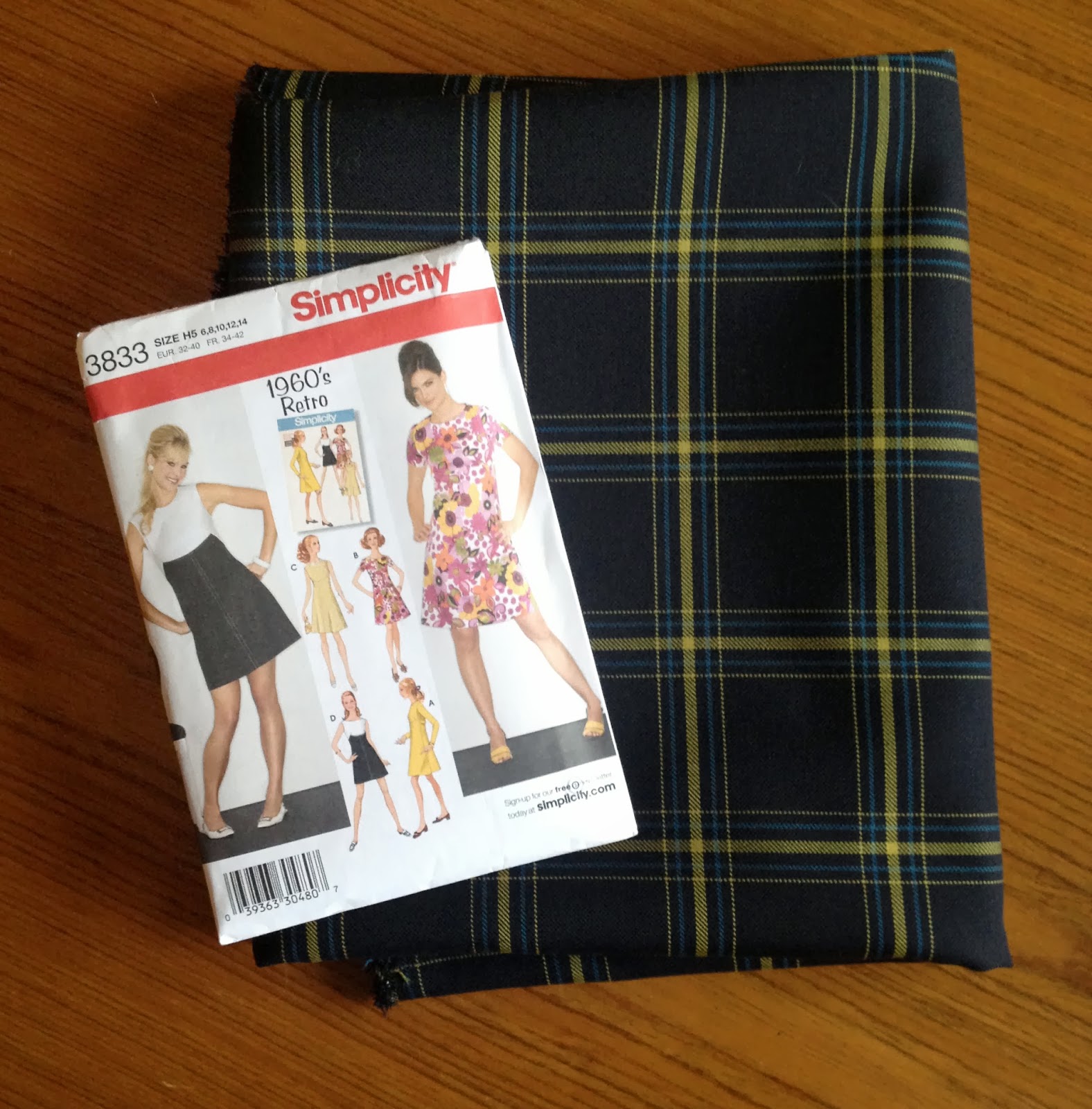 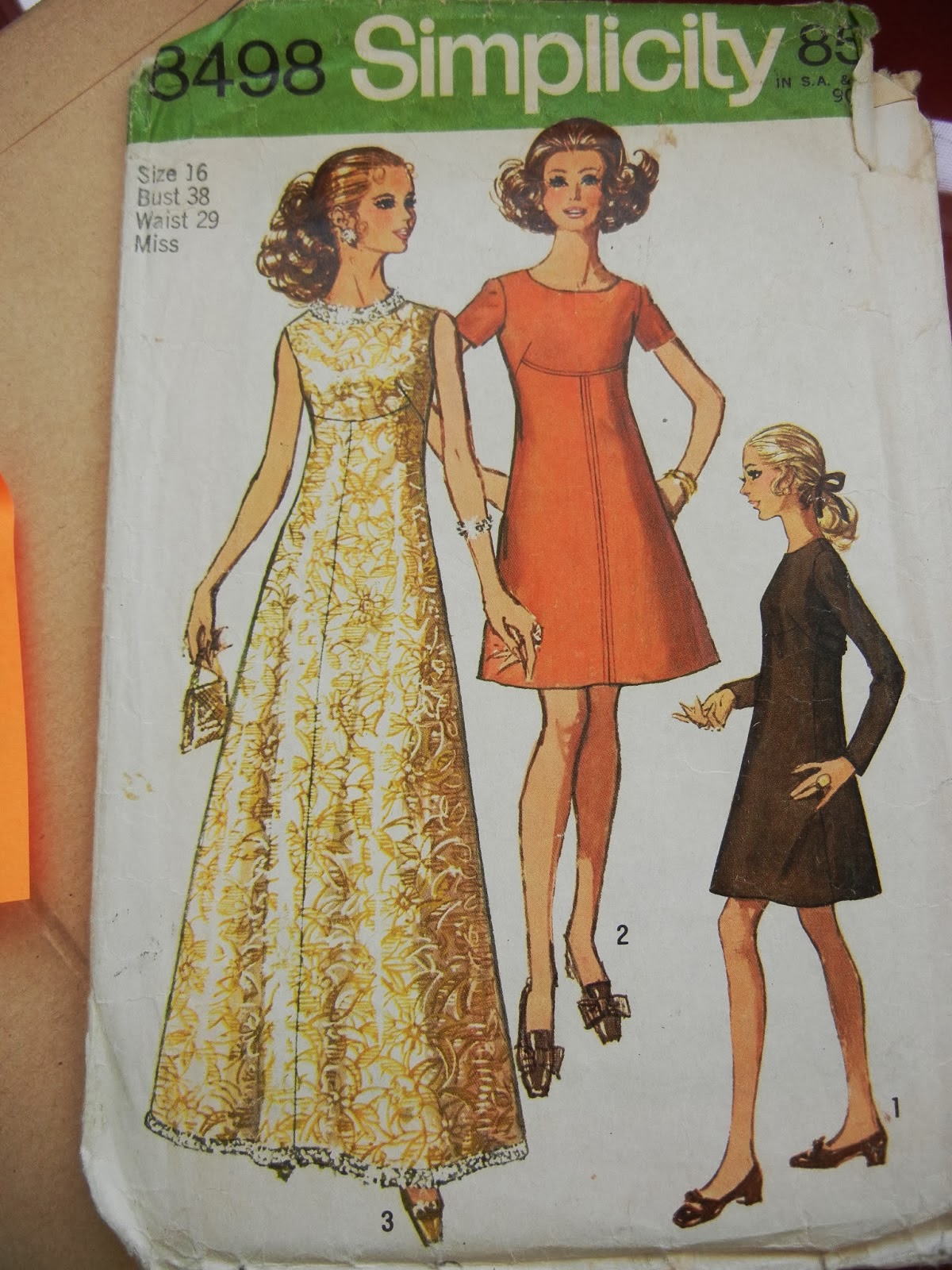 I've never got to buy the original pattern so I couldn't get a chance to do a pattern comparison. But The Stitchery did one over here and you can see the main differences are the bust point which has been lowered and the skirt has been changed so it doesn't swing back too much. I'd like to have made two and compared it that way but it wasn't to be! 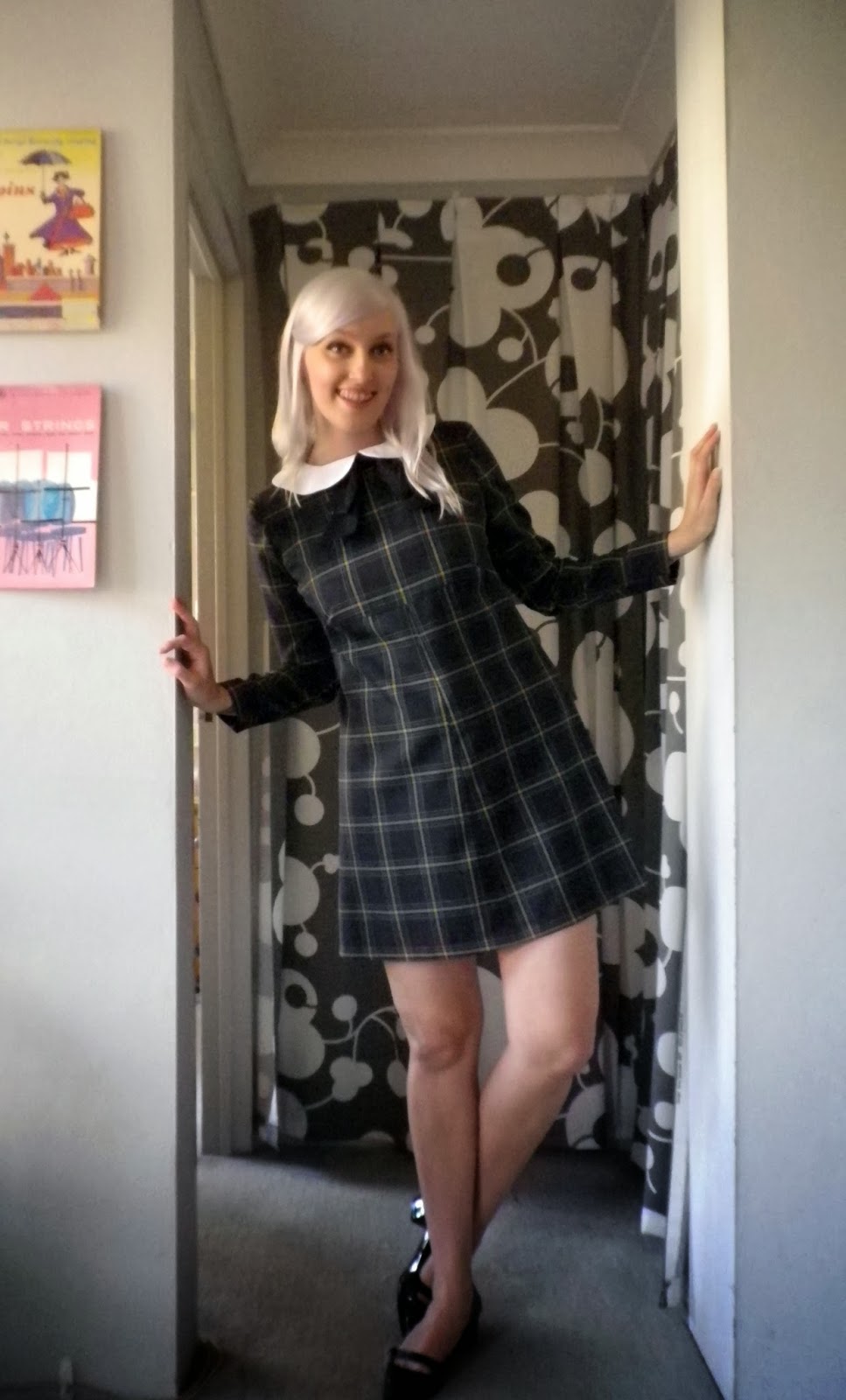 I don't normally like to buy reproduction patterns because the sizing is different to what I'm used to working with but this one was a pleasant surprise!

I cut a 12 for this dress and luckily didn't need to make any adjustments! The back darts are really well located for my shape - normally the darts are lower and the bottom skirt kicks out when it meets my butt 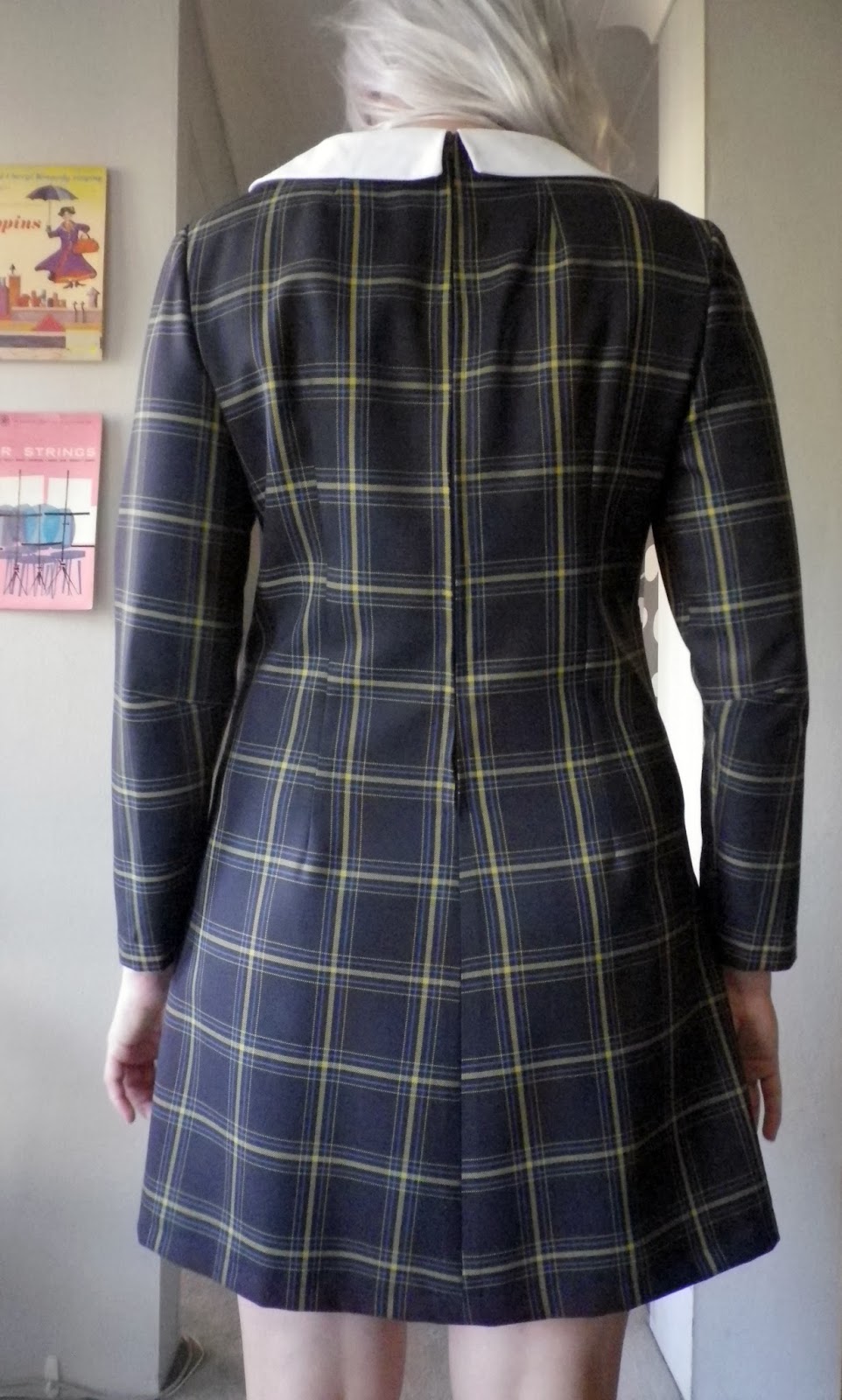 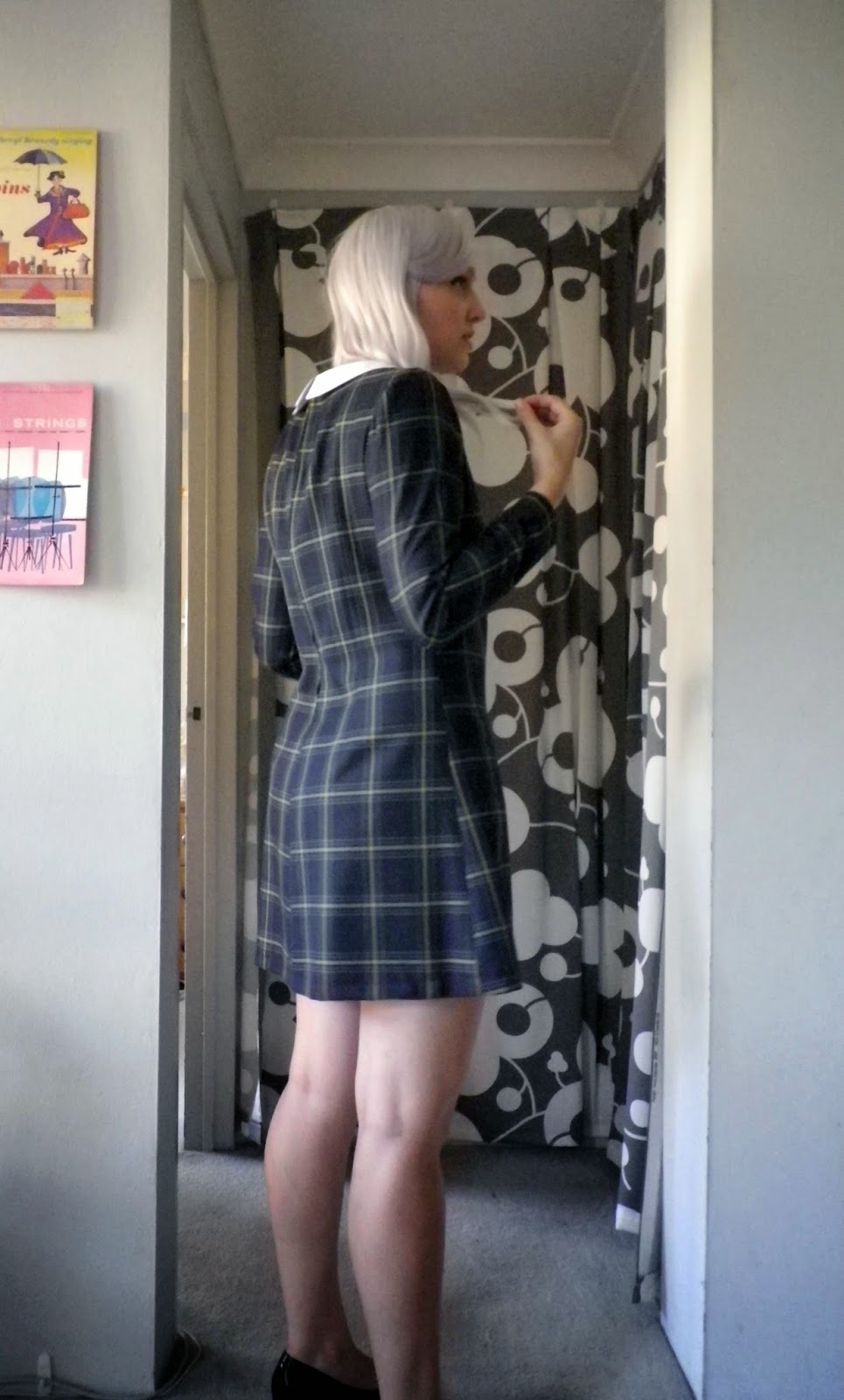 The darts around the bust however proved a challenge and I never got them to sit right. They sit under my bust instead of in top. I'm not sure how I stuffed that one up! 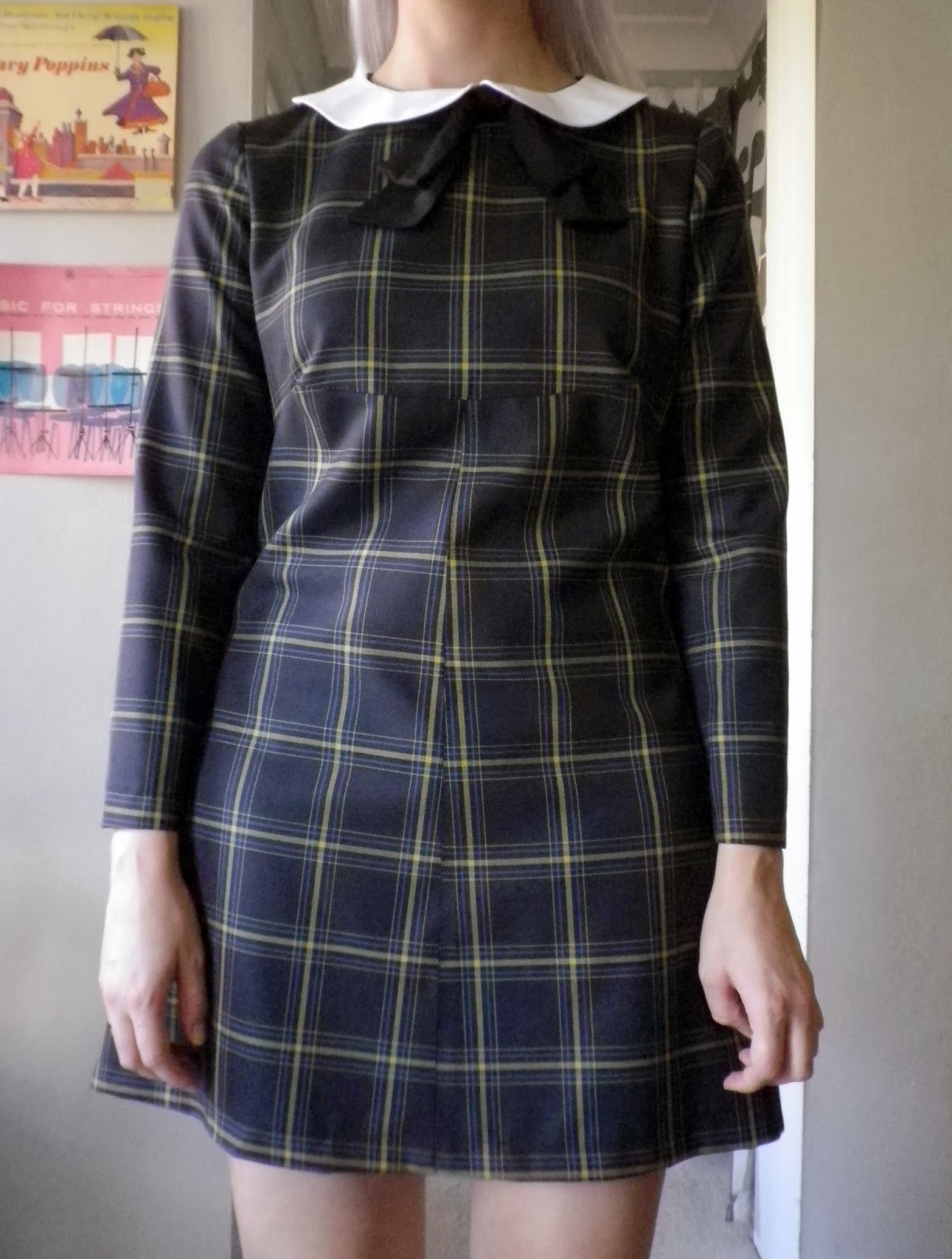 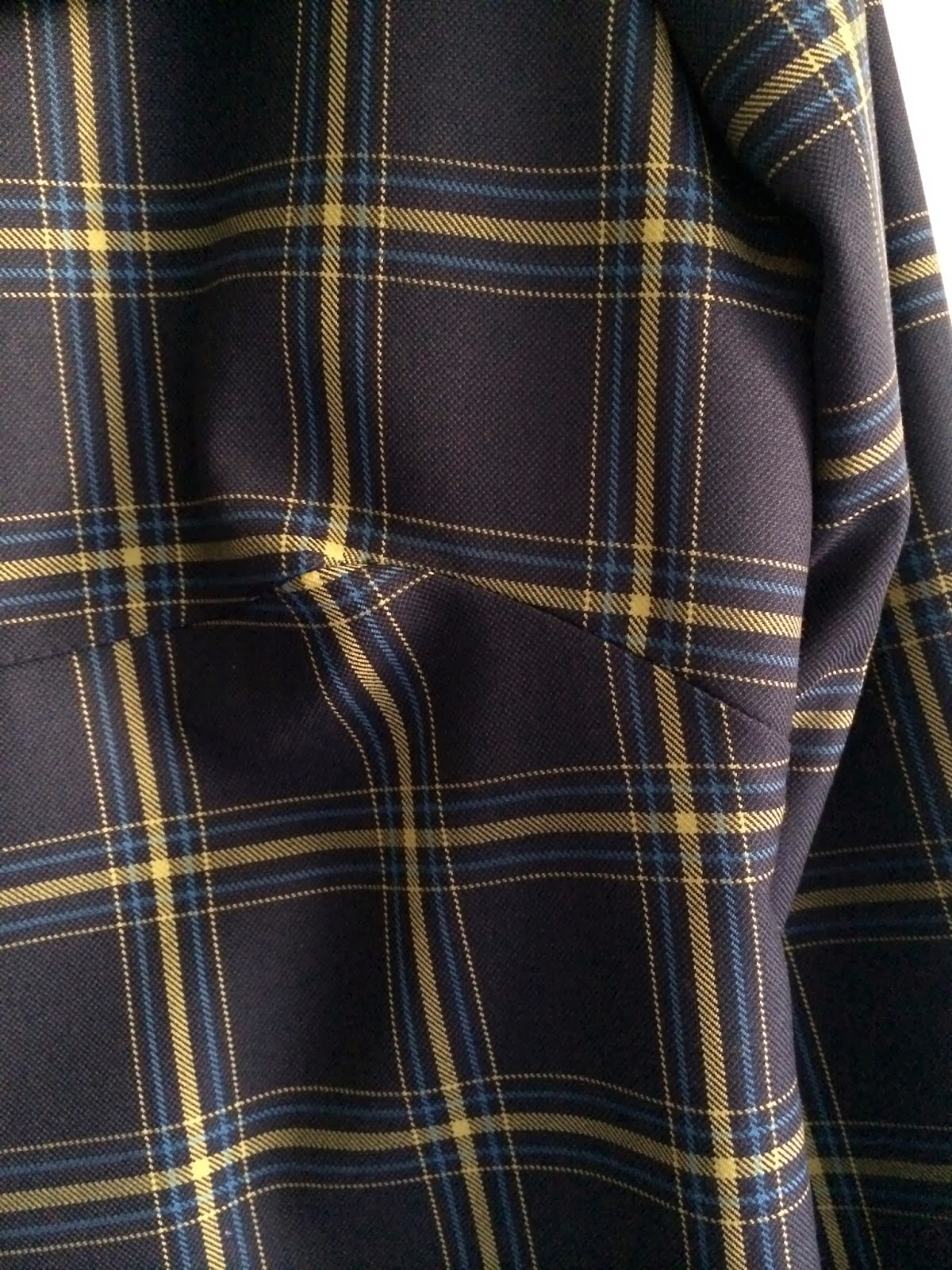 The fabric I used was a wool suiting which I chose for the check pattern. I imagined it would look really cute with the collar and tie and I also really liked Sarah's tartan shift so I decided it would be perfect! Interestingly the pattern is very similar to my school uniform which was navy with golden yellow and white checks! How funny!

As the fabric was wool I decided to make it long sleeved so that it would actually be a good dress for winter. The fabric is a bit itchy but that's because I'm wearing trying it on now, in the middle of summer! 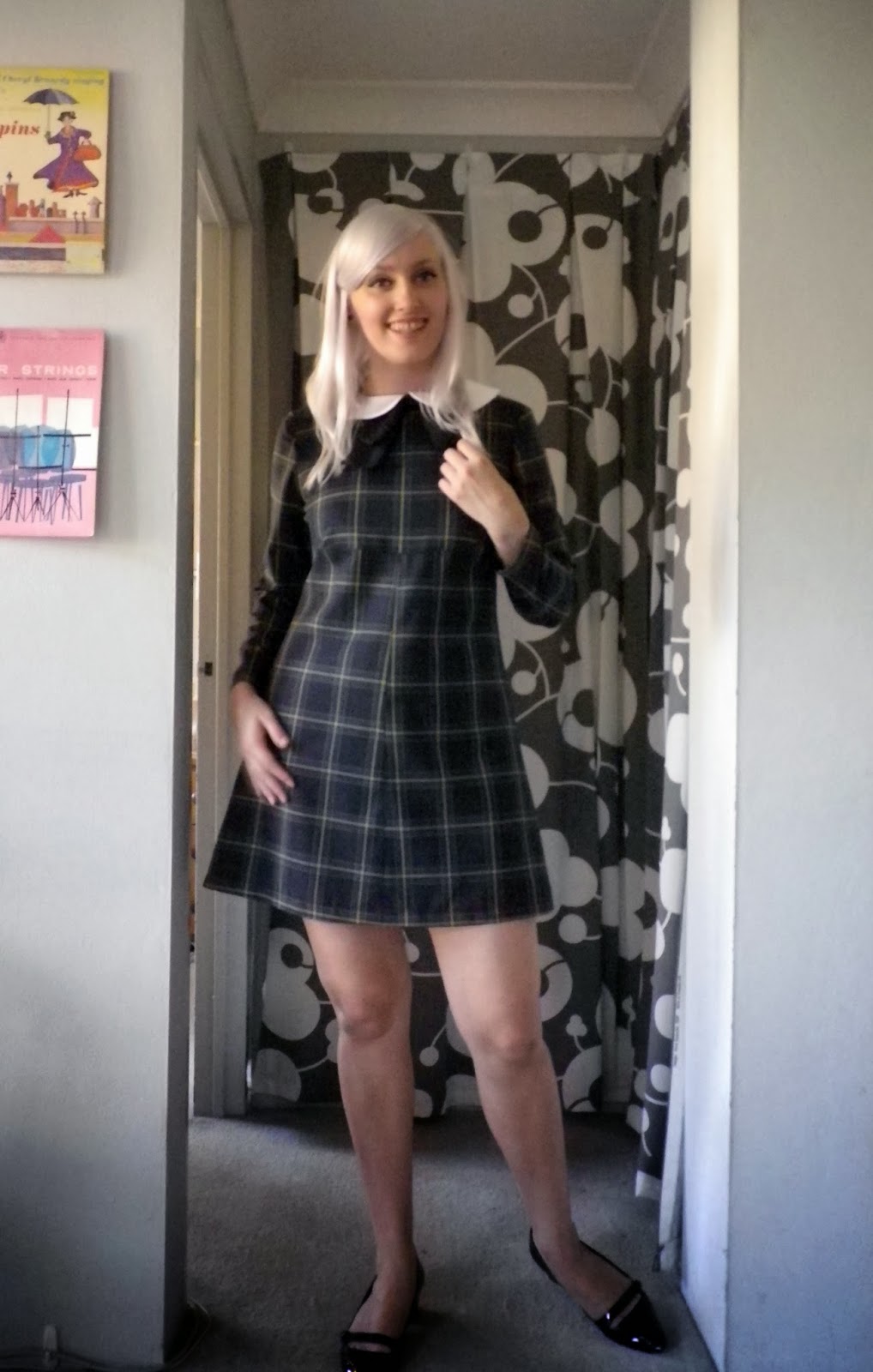 You can't really tell in the photos but I was sweating bullets!

The collar and tie don't come with the pattern so they were made separately. 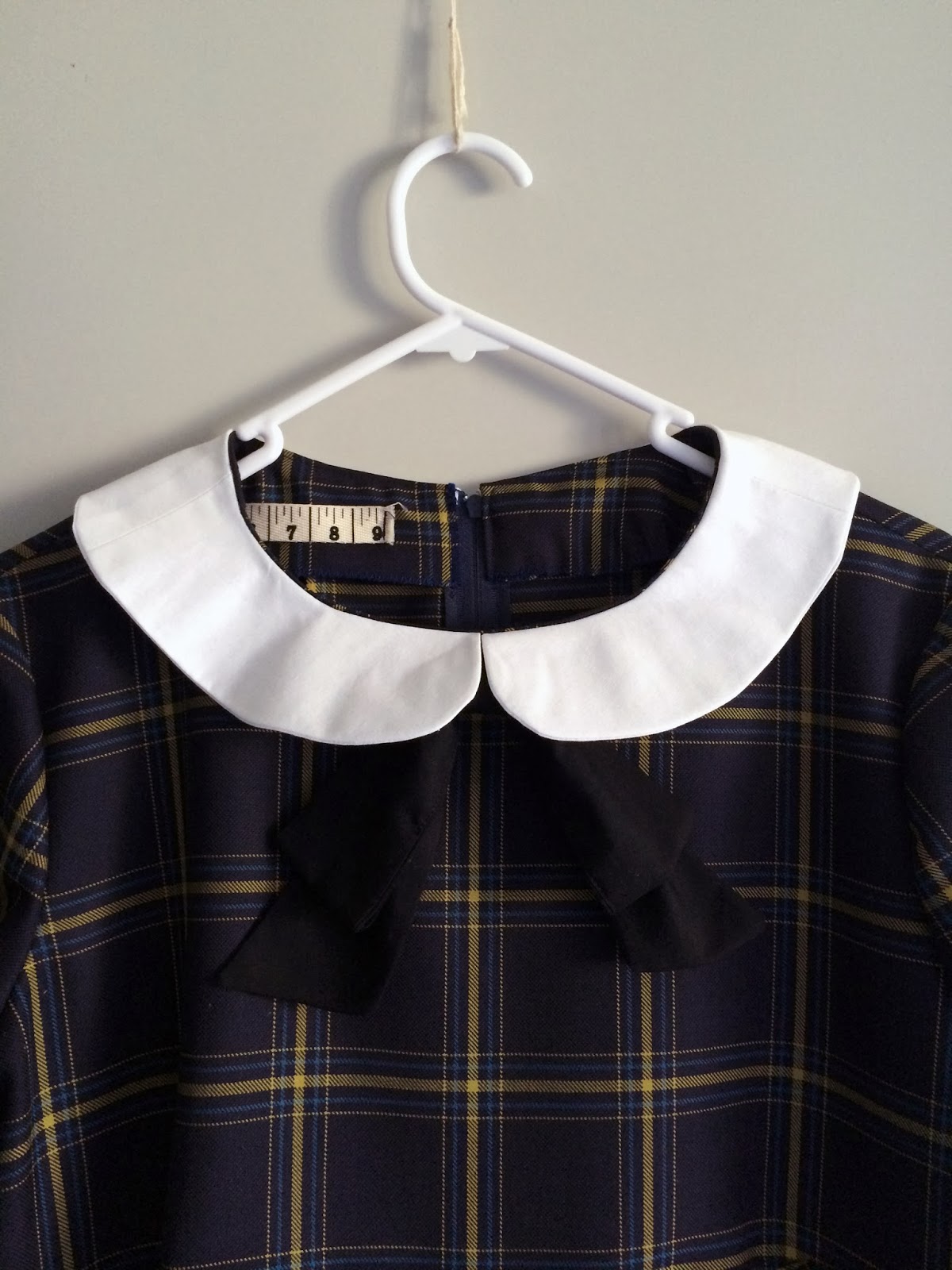 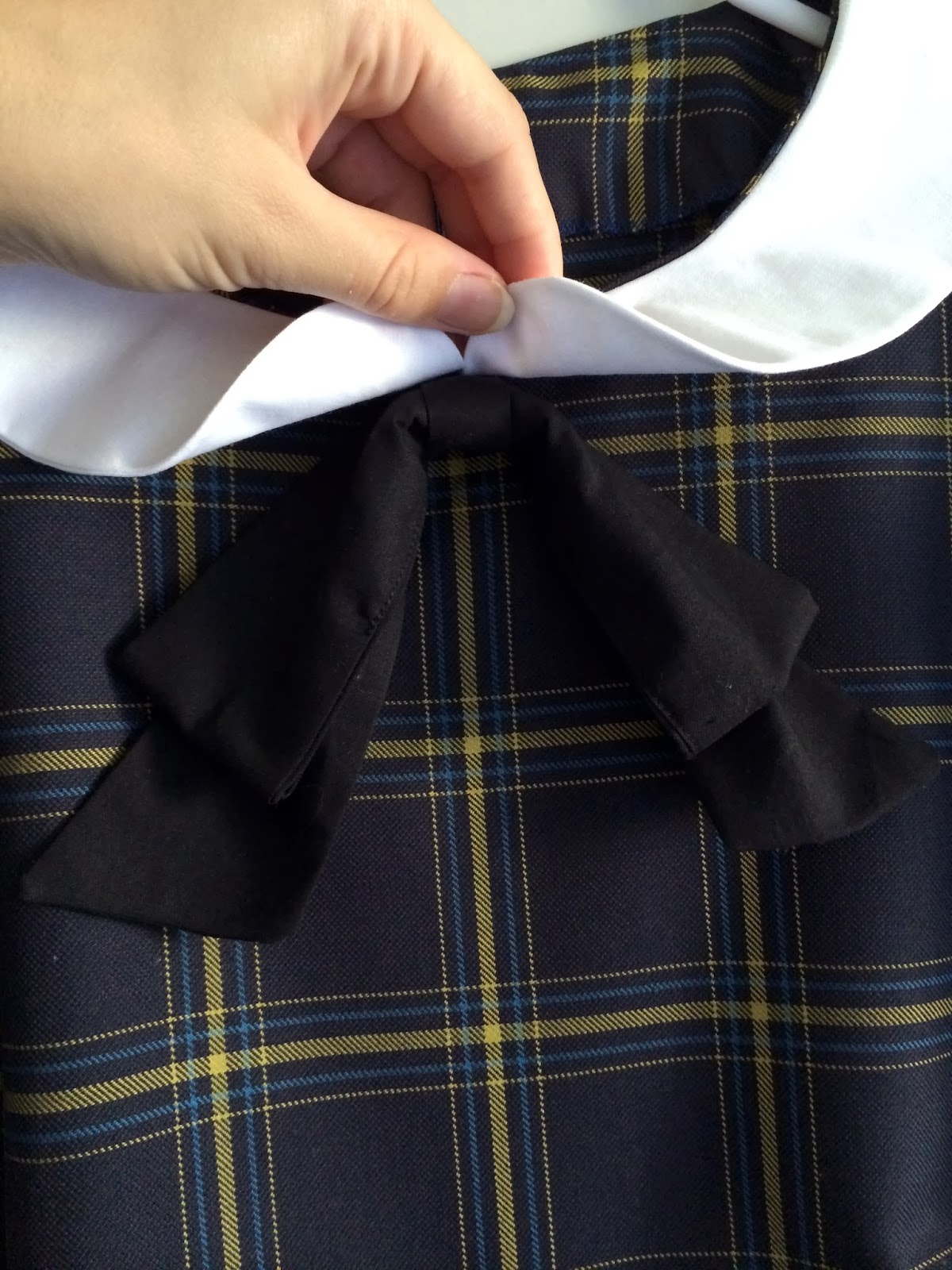 It's a really simple tie in that it's one piece and it's folded onto itself and sewn. Not tied in a bow which can sometimes just ruin the look.

The sleeves went in so well - nice and neat without any bumps. A credit to the new pattern perhaps? 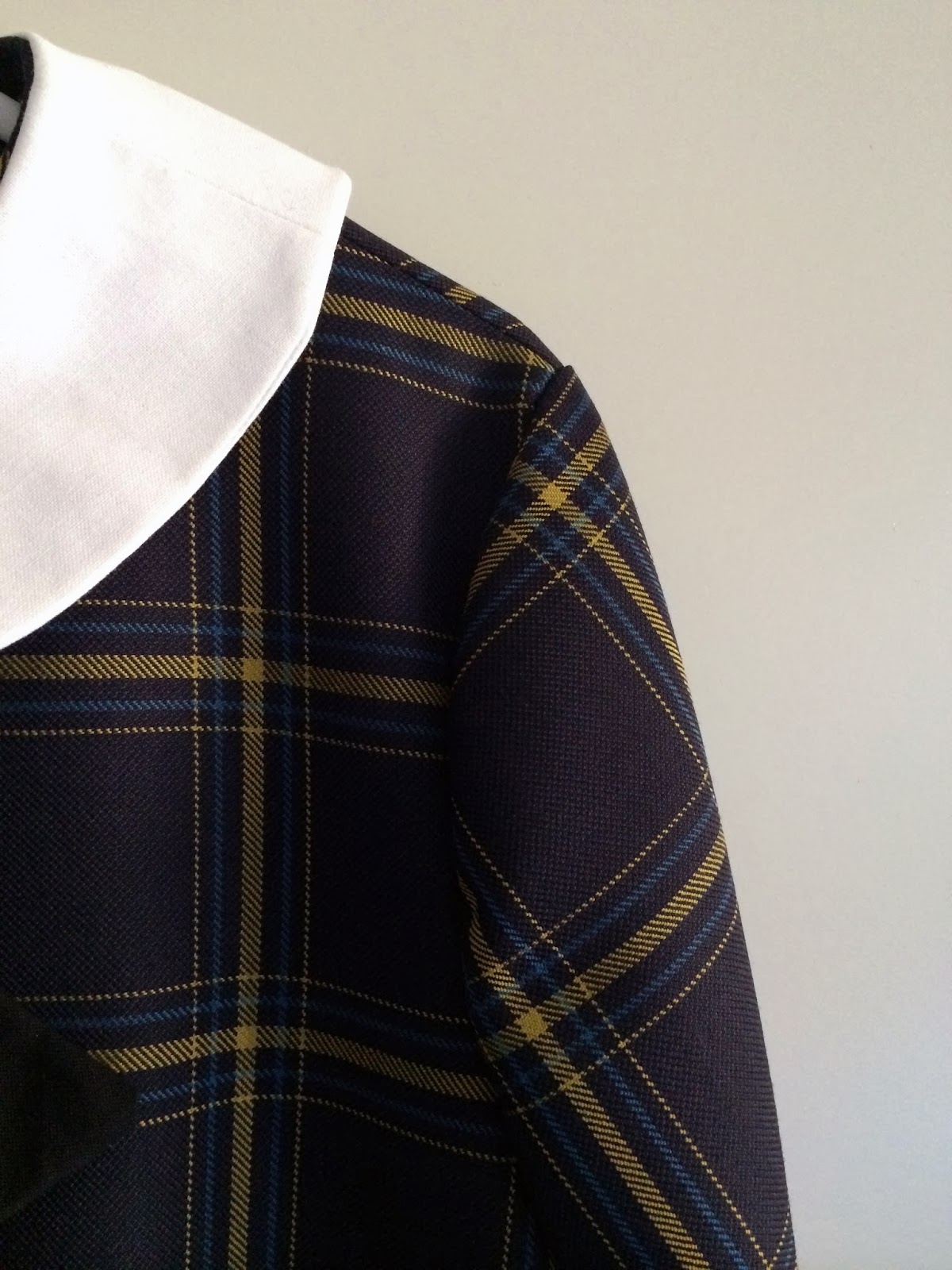 I also made a rather silly mistake for someone who should know better! I didn't match up the lines on the plaid. Oops!
I hardly ever sew with strips for checks so I forgot to line them up!

Over all I'm pretty happy I tried out this pattern! I hesitate to try reproduction patterns because I often hear terrible things about the fit of some of them, however this one hasn't had many bad reviews so obviously it's one that they got right!

You can see the other versions from the sew along here!

I hope your week is being kind to you so far! I'll see you 'round!

Cat xo
Posted by Catherine at 3:33 AM