Why hello there long time readers and those of you who have wandered over from Allie J!

Not too long ago (ok it was ages ago I'm really bad at writing back to emails in a timely fashion) Allie contacted me and suggested we do a little sew a long. As fellow 60's lovers we often don't get the chance to sew along to many things lest we step outside our "time zones" so we decided to make up our own!

So with an opportunity to sew something cute for summer and also share something from my vintage fabric stash, I sent Allie half of my stock of this fabulous vintage cotton and we set ourselves a challenge end date of November 1st 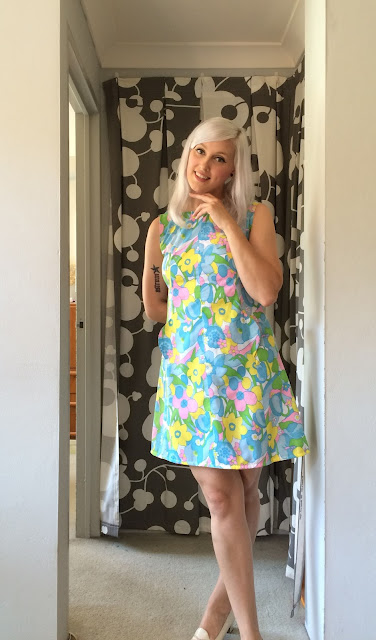 Now it is actually November 2nd so I'm late for posting too, but I felt terribly feverish last night and had to go to bed. In fact I was already feeling icky while taking these photos. 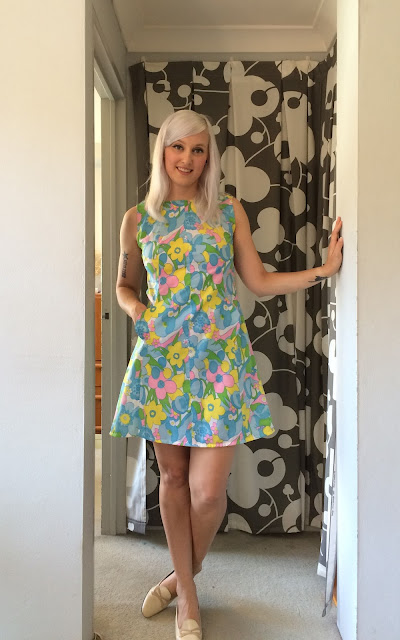 After sending off half of my fabric I was left with two metres to sew with, so with summer coming it was obvious that I could only really make a sleeveless dress. For my version I picked Simplicity 7952 from 1968. 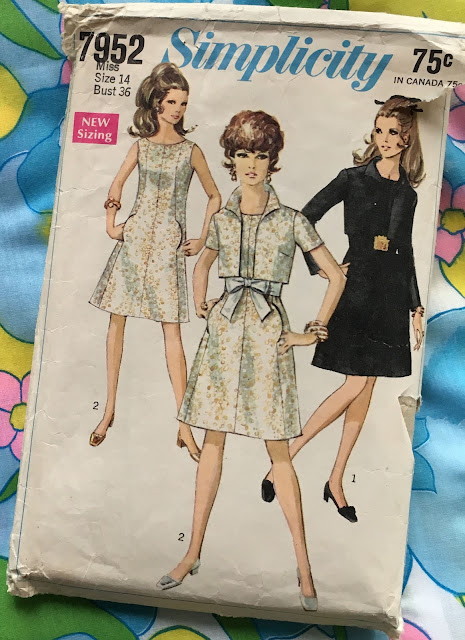 I really liked this fabric for the interesting pocket detail along the princess seams.

Allie's version uses Simplicity 7194 which I also used for my Sally dress so we both have dresses that feature princess seams, which can be a real trick to sew sometimes but hey, no risk of pointy bust darts! 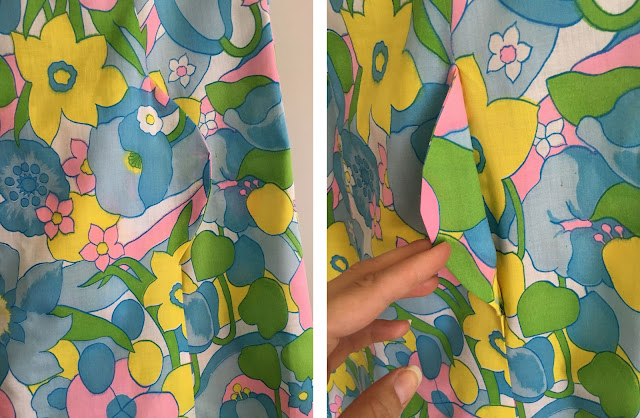 I cut this dress at the normal size 14 and it ended up huge! Like a size 18 which was so wack! So I put it on inside out and pinned out the sides and the front middle seam until it fit right at the front 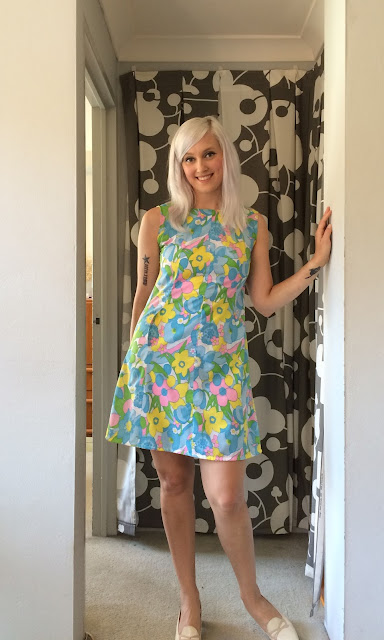 Unfortunately this means that the back has a wide scoop neck which is lower then normal, which is fine, but its just not something I normally like, but it works just fine! 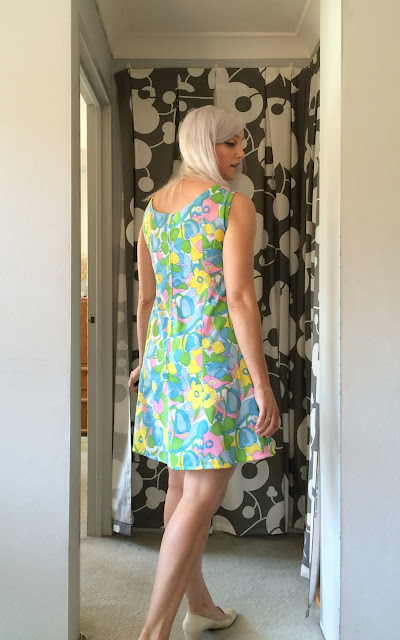 Cause of the fabric limit I didn't have enough to cut the armhole facings and being a summer dress there was no way I was going to line this and make it a sweat-fest every time I wore it, so I left it unlined and just finished the arm holes with bias 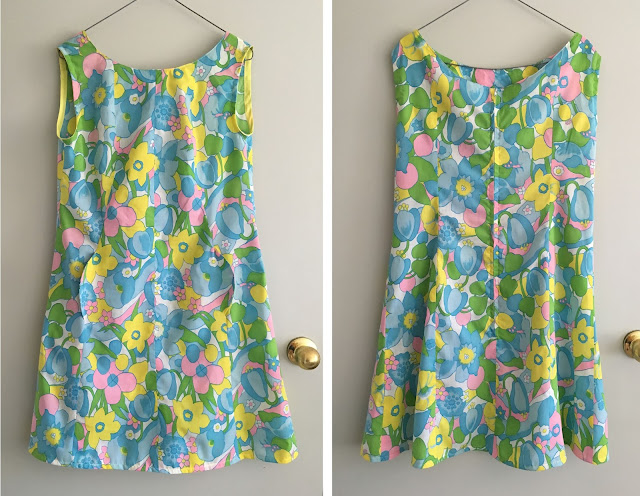 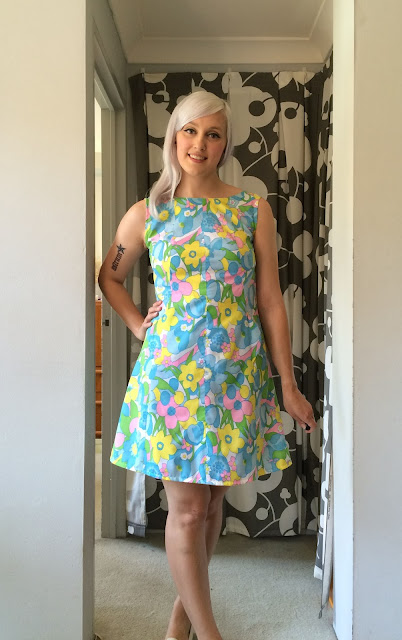 I think both our dresses turned our pretty gosh darn sweet don't you? We both have some cute striped fabric lined up from Miss Matatabi. I'd love to have that sewn up before our weekend away in Palm Beach (If your from Sydney and have seen the series Avalon now, you might find that funny)
And just like Allie I have a bruise too (on my knee), but mine is from making an epic goal save in soccer! hehe

I believe there may have been mentions of possible further twin dresses soon, perhaps a wintery one cause I basically made poor Allie make a summer dress in Autumn!

Be sure to check out Allie's Lilly dress and also her whole blog! Its a 60s dream!